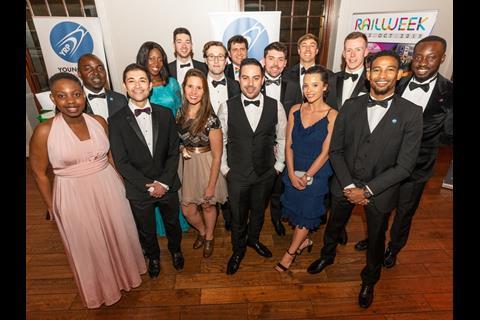 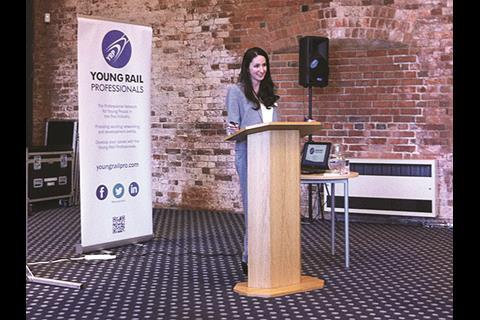 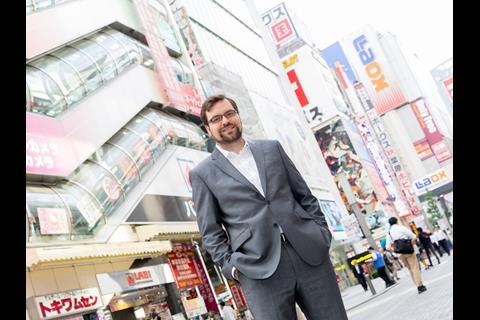 ‘It is the proudest achievement of my career.’ That is how Paul Cooper, Commercial Delivery Manager at Hitachi Rail, describes his role as one of the four ‘founding fathers’ of Young Rail Professionals as the UK-based networking association approaches its 10th anniversary.

The four founders — Cooper, Martin Fenner, Martyn Chymera and Rob Mullen — were already members of the youth wings of established academic institutions including IMechE, IET, IRSE and the Institution of Railway Operators. Yet none felt that these organisations were capable of facilitating interaction between younger rail specialists from different disciplines, while the long-established multi-disciplinary career paths common in the British Rail era had also largely vanished.

‘The four of us knew that we loved the rail sector, but when we went to networking events, we found that they weren’t well attended and those that were attracted few younger people’, Cooper reflects. ‘To be frank, we looked at the peer group our managers had around them and realised that we didn’t have that.’

An early aspiration of the team which set up YRP was to create a tagline, which endures almost unchanged today as ‘promote, inspire, develop’. The organisation had three fundamental objectives:

Initially, YRP’s activity was anchored around an Annual Black Tie Dinner, the first of which took place in February 2010. A celebratory 10th edition was held at The Brewery, an events venue in London, on April 11. Yet YRP has cemented its status as an organisation committed to much more than just networking; it has grown to play a central role in addressing the skills crisis facing the UK rail sector. It launched the inaugural Rail Week in 2016 and has joined forces with organisations including the National Skills Academy for Rail and the Railway Industry Association to work on the sector skills strategy.

Since its inception, YRP has been run as a membership organisation, with a governing committee headed by a Chair elected annually. In recent years, a former chairs advisory group has been established to offer help and advice to the incumbent, and to provide insight into how the organisation might develop in the future.

Back in London after several years working for Hitachi in Japan, Cooper is keen to re-engage with YRP via this advisory group. ‘We want to review the structure and activities of YRP and how this relates to the wider industry’, he suggests, noting that young professionals need to have a clear voice in steering the UK rail sector through a period of change as the Williams Rail Review prepares to make its recommendations.

He reports a ‘sense of pride’ in meeting his successors who have led YRP during his period in Japan, but he believes that the organisation can build further still on its achievements in diversity and inclusivity. ‘We would like more operating staff and apprentices represented’, he says, reflecting a desire to reach across the perceived boundaries between managerial and operational staff. ‘Such divides do not need to be there — young people can and should feel welcome anywhere’, Cooper insists.

Asked if there are any influences from Japan that YRP could take as inspiration for its future development, Cooper says that ‘every rail person is really proud of their job. They aim to provide absolutely excellent customer service. Yes, there are cultural aspects to the Japanese experience that can be hard to replicate, but that pride is still something everyone should aim for.’

YRP’s ambassador programme, now branded Into Rail, is intended to provide ‘a young, positive and insightful outreach presence’ in schools, colleges, and universities. For 2019-20, YRP has set a target of providing ambassadors to at least one promotional event per quarter and delivering networking and development events on a monthly basis across its seven regional teams.

YRP also expects to reach around 3 500 young people during the course of this year’s Rail Week, which will take place on October 7-11. Last November, a delegation of YRP members undertook a working trip to help carry out engineering tasks on the narrow gauge Ffestiniog & Welsh Highland Railway in Wales. This exploratory visit was considered a success in giving the participants hands-on experience of a real railway environment, albeit away from the main line. Amid concern that too few rail staff have a ‘whole system’ understanding of how railways function, YRP now plans to expand to create a formal Heritage Railway Engagement initiative, in partnership with steam railways and museums across the UK.

Lastly, international expansion is gathering pace, with YRP keen to forge links with partners across Europe, building on a long-standing exchange visit programme and the YRP Networking Event held at InnoTrans every two years, in partnership with the Railway Gazette Group.

Sabrina Ihaddaden, a Signalling Project Engineer at Bombardier Transportation in Derby, was YRP Chair in 2016-17. She was the first woman to hold the position.

How did you learn about YRP and what attracted you to the organisation?

In 2013, just as I graduated from Lancaster University and Arts & Metiers ParisTech, I joined the Bombardier Transportation Graduate programme in Derby. I heard internally that Young Rail Professionals, primarily a London-based association at that time, was looking at expanding across the country. I was immediately drawn to its mission statement, and offered to chair the very first regional committee. Today, looking back, I am very glad I did.

What are you most proud of from your time as YRP Chair?

YRP gathered over 70 committee members from around the UK. I have been so impressed with their level of commitment, their willingness to see the organisation grow and their sense of belonging.

How do you see YRP evolving in the next five years? What could other rail organisations learn from it?

We know that various rail organisations and institutions already look up to YRP to understand how we manage to attract young people, develop a diverse and inclusive member base, and run events all over the country. We have always been keen to share our ideas, and find opportunities to collaborate. In the next five years, I hope to see YRP growing nationally and internationally. Not only do we aim to give a positive image of the rail industry, but we also want to prepare the young talent of our industry to become well-rounded professionals.

YRP has arguably succeeded in achieving a more diverse and inclusive culture than is typical for the rail sector. What has been the secret to this success?

We are very proud to attract diverse members by gender, age, background, physical location and professional role. Yet they all have one thing in common: a passion for the rail industry. Their open mindedness plays a big part in making everybody feel welcome, and because of that there is a ‘word of mouth’ attraction which draws people to get to know YRP.