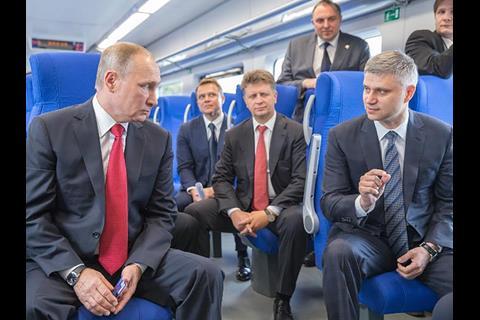 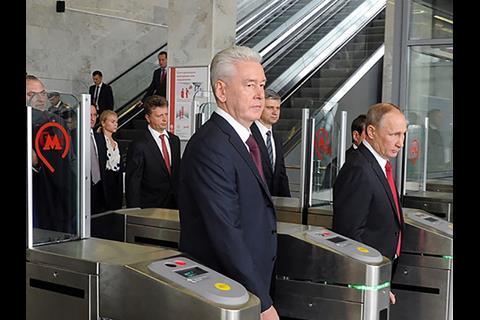 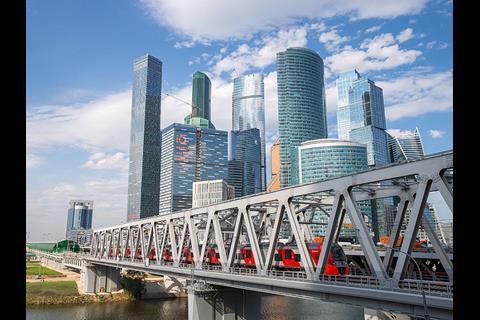 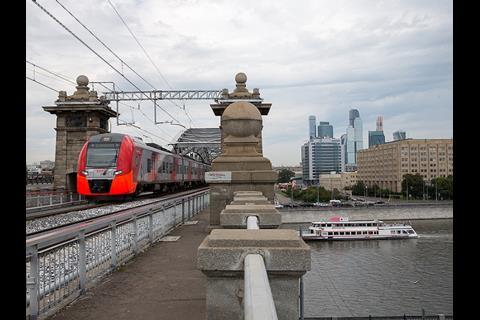 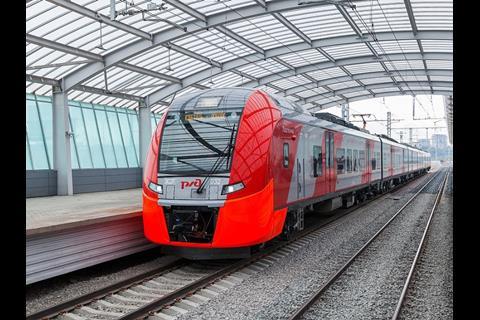 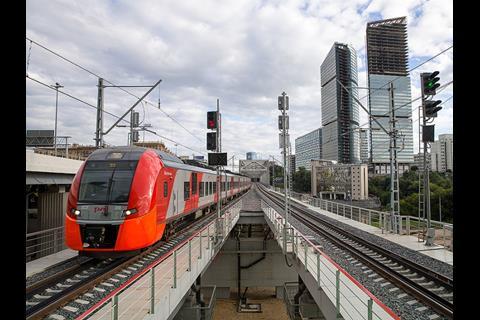 Modernisation and electrification of the 54 km former freight line encircling Moscow city centre started in 2011. Several freight yards were dismantled and some connections to radial lines were removed. Freight services on the Central Ring are now restricted to night-time hours.

Travel on the Central Ring is free for the first month, after which the line will be integrated in the metro’s fare structure. Ridership is forecast at 25 million passengers this year, rising to 250 million in 2020.

Most of the line runs above ground, with only a short section around Ploshchad Gagarina in tunnel. Many of the stations offer interchange with existing or future metro lines, although the ring line’s stations are physically separate. Walking distances between metro and ring line stations range from 2 to 12 min.

Services are operated with a fleet of 33 five-car class ES2G Lastochka electric multiple-units built by Ural Locomotive Works to the Siemens Desiro RUS design. Each 130 m long trainset has capacity for 1 200 passengers. The EMUs are equipped with wi-fi and power sockets, and have passenger information provided in Russian and English.

The fleet is stabled at the Podmoskovnaya depot on the Rizhskaya Railway, which is accessible via a newly electrified line from Panfilovskaya station, formerly known as Khodynka.