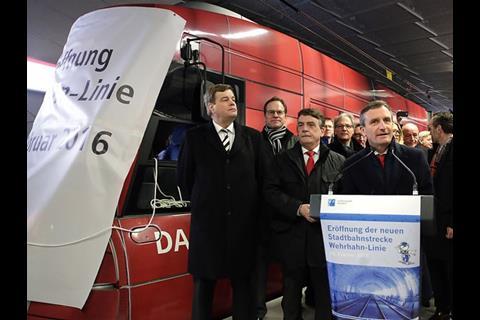 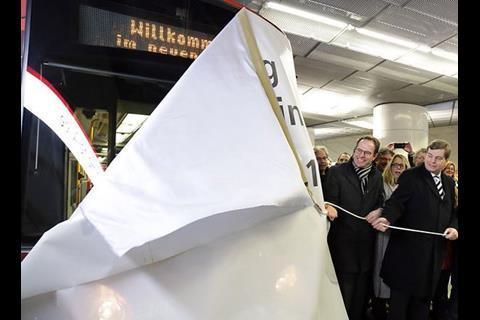 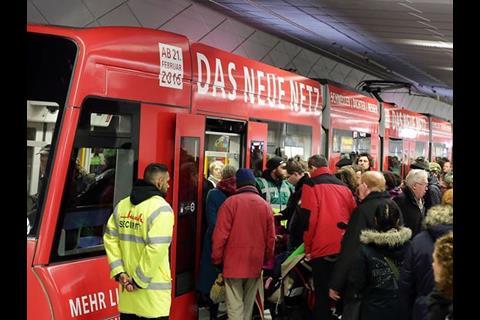 The 3·4 km route links Bilk in the south with Wehrhahn in the northeast through the centre of Düsseldorf. The line has six underground stations, in addition to surface stations at Bilk and Wehrhahn, both of which offer interchange with S-Bahn services.

At Heinrich-Heine-Allee interchange is provided with the existing north-south U-Bahn route. Ridership on the Wehrhahn line is expected to be 50 000 passengers per day.

The line is used by routes U71, U72, U73 and U83, which have replaced five street-running tram services as the streets above the tunnel have been remodelled.

Construction started in November 2008 and used one Herrenknecht tunnel boring machine named Tuborine to excavate two 8·3 m diameter twin tunnel sections totalling 2·27 km; 12 144 tunnel rings have been installed. In addition, the route uses 300 m of existing tunnels excavated under and around Heinrich-Heine-Allee in the 1980s.

The project cost of €843·6m was met partly by the city, with the federal government providing €280m and the Land of Nordrhein-Westfalen €140m.