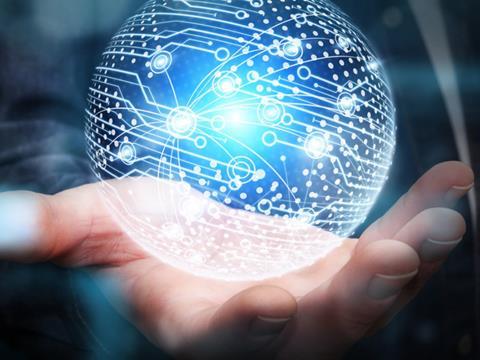 SPONSORED CONTENT: ‘What we want to see is smart trains, but dumb track’, insists Derel Wust, Managing Director of Australian train control software specialist 4Tel. In most of the railway business, ‘we have smart track and dumb trains’, but he suggests that this is an ‘exceptionally expensive’ way to run a railway that does not adequately consider the business case for the operation concerned.

Wust’s company works with John Holland, which has held a concession from the Australian state of New South Wales since January 2012 to act as infrastructure manager for the 2 400 km NSW Country Regional Network. Much of this passes through extremely remote territory, and the number of train movements is relatively low on the outer lines. This in turn means that cost-effective train control and signalling is a priority, simply because moving people around the state to maintain and repair fixed wayside assets can be extremely time consuming and expensive.

Since 2012, 4Tel has deployed a virtual block technology across the Country Network (CRN), which is now used by around 70 train operators. This ‘infrastructure-light’ digital control overlay has centralised vital processors to manage network occupancy, using the on-board train radio screens to display movement authorities, progress status and alarms. The whole system has been accredited to SIL-2 network-wide, because the central processor is an accredited vital processor. The result is a formally accredited CBTC system which Wust says is ideally suited for remote and regional lines.

The software used to underpin the train control function has its roots in a development programme launched by the NSW government more than 20 years ago. An evolution of this technology was adopted by 4Tel for its contract with John Holland, with the CRN code under NSW government’s ownership to ensure continuity after the concession ends in 2021.

The communications link between the trains and the control centre at Newcastle, NSW uses the National Train Communications System, developed by interstate infrastructure manager the Australian Rail Track Corporation (ARTC). This uses public mobile telecoms networks for both broadband data and voice calls, enabling excellent coverage across the network. ‘You’ve got a mobile signal even in the remote areas because politicians demand it for the wider community’, Wust explains.

‘More than a century of relying on wayside signals has clearly influenced how technology in the industry has developed’, Wust believes. ‘It is why we have ended up with trains just following instructions from the infrastructure.’ He wants to invert this approach to maximise the benefits of signalling investment. He likens 4Tel’s approach to the methodologies already being deployed in other technology sectors, notably automotive, telecoms and banking.

‘The virtual blocks from which we generate movement authorities are fields of data in a database’, Wust says. As a result, no vital communications or UHF radios are used for train control, as this is managed by software applications instead. Wust draws a parallel with online banking. ‘If you’re midway through a transaction and you drop your mobile phone and it smashes, have you lost your money? The answer is no, because that transaction can only be authorised from the database, not the handset.’

Encrypted movement and possession authorities are issued from the central database, while multiple additional layers of software can provide additional functionality, for example by giving drivers situational awareness information before the train control system intervenes.

Shifting to a low-maintenance, digitally enabled train control technology has been an objective of railway operators around the world over the past decade, and there have been notable successes, including the automation of a Rio Tinto heavy haul miming railway in Australia’s Pilbara desert. But in conventional main line applications, challenges such as end-of-train detection or broken rail warnings have often led infrastructure managers to resort to proven but expensive fall-backs such as track circuits.

Wust is determined to change this mentality. ‘The question we have asked ourselves is, do you need a track circuit to detect train integrity? We believe train integrity can be monitored in many different ways.’ Taking this approach one step further, he asserts that such issues must become the responsibility of the operator rather than the infrastructure manager. ‘We believe in putting risk where it is best managed. In our view, it is the duty of the operator to manage their train as a condition of gaining access to the network’, he says.

Similar iconoclasm is applied to broken rails. ‘Track circuits are seen as fundamental to the detection of broken rails, yet as an industry we know and accept that they are inherently unreliable’, Wust believes. ‘In our view, broken rails are a track maintenance issue, not a train control one. Put that responsibility on those teams. We are trying to remove the obsession with hardware specifying safety — one technology cannot take care of all the issues affecting a given section of railway.’

Towards an all-seeing eye

Acceleration in computing speeds has assisted 4Tel’s aim of developing a slimline CBTC platform. ‘Computers can handle all the data the trains generate for signalling and traffic management purposes. Our IT systems are running well within themselves now. The limitations on the Country Regional network are physical — the time to pass through block sections, loop length and so on’, Wust explains.

This has led the company to look forward and assess the potential of a series of converging technologies to complete some missing aspects of the CBTC’s functionality. ‘One problem is that a driver can still get tired. Computers never get tired’, Wust suggests. Although he believes that automating conventional freight trains as Rio Tinto has done in heavy haul is not on the agenda in the short term, he hopes to adopt technology already being developed for autonomous road vehicles.

‘We are keen to adapt the image processing technology from autonomous cars. If you can interpret digital information effectively, you can be very safe’, Wust insists. The company is developing artificial intelligence programs able to process visual data to monitor change and detect unexpected occurrences. Neural networking meanwhile can teach a computer that ‘this is a railway’, he says.

‘We hope to reach a point where these tools augment and indeed replace GPS. An onboard unit knows its route and knows what is normal so that hazards can be detected.’ Over time, such tools would be built into an advanced form of driver advisory system, where visual images are used to triangulate train location and the computer knows when it sees bridges, prominent lineside structures and other trains. In particular, it could help overcome an inherent weakness of GPS, which cannot handle a multi-track environment simply because its level of locational accuracy is not good enough.

That said, Wust is cautious about any claims of ‘copy and pasting’ technology from the automotive sector, noting that rail has very specific challenges. ‘Car technology will never simply turn up on day as mature applications for the rail sector. We have to educate ourselves on how to adapt it and find what works’, he insists. ‘Unfortunately, I doubt inherited analogue signalling industry knowledge will help achieve that as we will need advanced mathematics and IT skills.’

Wust is especially concerned that if rail operators do not start to make progress in this direction, the labour and productivity gains accruing from automation of other transport modes will hurt the rail sector. ‘We are trying to help the drivers, not replace them’, he adds, noting that intelligent DAS and CBTC should eliminate the need for two-person crews.

An ongoing approach to machine learning means that, ultimately, route knowledge could be a thing of the past. ‘Every vehicle interacting with a given route will update the condition of the infrastructure in real time’, he says. ‘Once one train knows a route, a thousand trains do.’

Mandated assets, such as those required under PTC or ETCS, would also disappear, as ‘interpretation of data can determine safe operation. We will separate train control safety from infrastructure safety so that businesses case investments can be made based on economics, not government mandated infrastructure, Wust predicts, fulfilling his vision of ‘smart trains’.

Ultimately, an ‘all seeing eye’ approach means that interoperability delivered by mandated hardware will no longer be necessary, while commercial considerations, such as the speed and throughput of the railway, will determine the deployment of fixed assets. ‘AI will change everything, and it is not 20 years away’, Wust concludes.