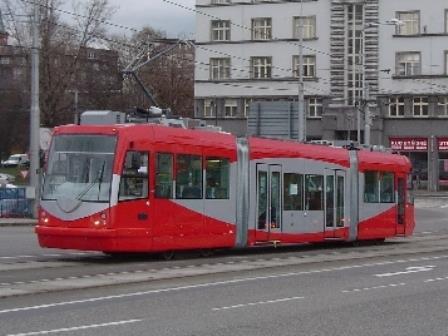 USA: Plans for a 60 km, eight-route tram network were formally unveiled by District of Columbia Mayor Adrian Fenty and other city officials on May 5, at the start of a four-day DC Tram Showcase.

Centrepiece of the event was one of three low-floor cars purchased from Czech supplier Skoda-Inekon for the Anacostia demonstration line, which is currently under construction.

Work is also underway on a route along H Street and Benning Road where some trackwork has been completed. The city’s 2011 budget includes $63m to complete the project and buy additional vehicles. DC’s Department of Transportation has also applied for a $25m federal Urban Circulator Grant to extend the route across the Anacostia River to Benning Road metro station.

DC’s Transit Future System Plan envisages that the eight routes would be built in three phases to serve the city’s busiest corridors; the exact alignments must still be determined. The capital cost of the tram network is estimated at $1·9bn. Finance for all but the Anacostia and H Street/Benning Road projects has yet to be identified but the transit plan assumes 25% federal, 25% local and 50% corridor-specific funding. Forecast ridership by 2030 is 147 000 trips on an average weekday.

The trams will operate on-street alongside car traffic, although dedicated guideways will be used where available. Due to a ban on overhead wires in the city centre, DDOT intends to use vehicles that can operate without catenary for limited distances on its future routes. DC Surface Transit organised a forum on May 6 to discuss catenary-free technologies.

‘In just two years — by this time in the spring of 2012 — trams will once again operate in the District of Columbia’, said Fenty at the launch. ‘But this isn’t a nostalgic trip down memory lane. The tram will be one of the pillars of a modern, multi-modal transportation network that will move the District forward, not backwards.’