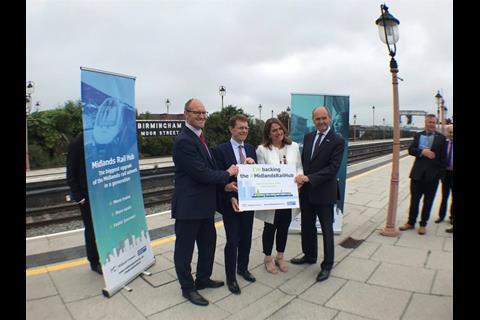 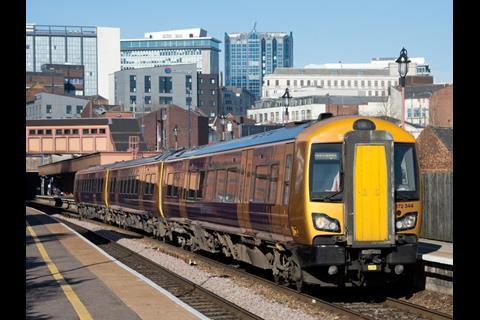 UK: The Midlands Connect consortium of local authorities and regional transport bodies has unveiled proposals for a £2bn package of targeted improvements to boost rail services in the East and West Midlands.

The group is seeking £25m in government funding to develop the business case for its Midlands Rail Hub programme, which is primarily designed to increase capacity and reduce journey times on routes radiating from Birmingham to Nottingham, Derby, Leicester, Worcester, Hereford, Cardiff and Bristol. As well as improving connectivity between cities in the region, the project would integrate them with the first phase of High Speed 2, which is scheduled to open between London and Birmingham in 2026.

The long-term plans have been developed in partnership with Network Rail and other local organisations. Phased delivery is envisaged between 2024 and 2033, with Midlands Connect envisaging that the first initiatives could be completed before the opening of HS2.

According to the promoters, rail use in the East Midlands has risen by just 37% over the past decade, as a result of services that are ‘too slow, too infrequent or indirect’. By contrast, growth of 121% in the West Midlands is putting pressure on existing railway capacity. The proposed infrastructure improvements would create space for 24 more passenger trains per hour across the key routes, providing an additional 85 000 seats per day in and out of Birmingham, as well as 36 new paths per day for freight trains. The group estimates that the enhanced services could attract an extra six million rail journeys per year, generating an annual economic benefit of £649m by 2037.

By far the largest proposal in the package is a £950m project to expand Birmingham Moor Street station and develop new connections at Bordesley, which would accommodate additional regional services and relieve the existing interchange at Birmingham New Street. Another £200m would be needed to improve line speeds on the Birmingham – Leicester corridor and a similar amount for remodelling the junction at Water Orton where the Leicester and Derby routes diverge east of Birmingham.

Up to £235m would be needed for re-doubling part of the Worcester – Hereford route west of Ledbury to increase capacity, and £120m for restoring the third and fourth tracks between Longbridge and Barnt Green. Reinstatement of a dive-under below the West Coast Main Line at Nuneaton, or the construction of a flyover, would allow for the reintroduction of direct services between Leicester and Coventry at an estimated cost of up to £250m; at present rail’s market share on this route is estimated to be just 1%. New freight loops are envisaged in various location, along with additional tracks to relieve bottlenecks in Leicester and Nottingham.

‘This is a cost-effective, evidence-led plan to upgrade our Victorian infrastructure to meet the demands of the future’, explained Midlands Connect Chairman Sir John Peace. ‘Rail usage is growing faster in the Midlands than anywhere in the UK. As the region’s professional services sector continues to go from strength to strength, it is essential that the Midlands Rail Hub is brought forward to support this growth.’

Welcoming the proposals as ‘a major boost and a welcome step in the right direction with the intention to integrate these plans into HS2’, General Secretary of the TSSA union Manuel Cortes said ‘we need huge investment across our rail network to increase capacity and help conquer the challenges of climate change. A Midlands Hub is not only an environmentally friendly plan, good news for commuters but would be of significant economic benefit to the entire region, East to West, in the coming decades.’