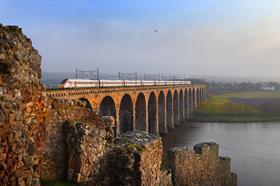 LNER began operating Hitachi Azuma trainsets between Glasgow Central and London King’s Cross on September 23. The London – Aberdeen route is to follow on November 25, and London – Inverness from December 9. 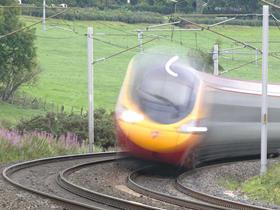 On September 19 the Competition & Markets Authority launched a Phase 1 investigation of the award of the West Coast Partnership franchise to First Rail Holdings and Trenitalia UK. Comments are invited by October 4. 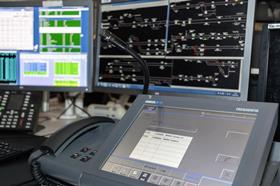 ScotRail’s signalling control centre has begun using GSM-R to deliver passenger information and make announcements on EMUs operating in the Strathclyde area. ‘The rollout of GSM-R to our electric trains means customers can now get up to the second information directly from the people who’re working hard to get services back to normal when things go wrong’, said Customer Information Strategy Manager Anne Gray. 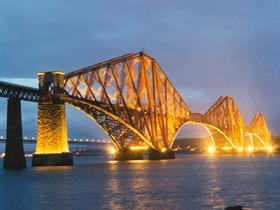 Network Rail has submitted a planning application to City of Edinburgh Council for a bridge walk and visitor hub at the Forth Bridge. Groups of 12 to 15 people wearing safety harnesses would be led out onto the south cantilever and would use walkways built into the structure to access a viewing point at the top as part of a 2½ h tour. 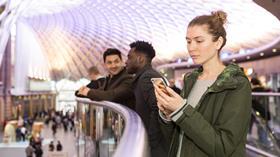 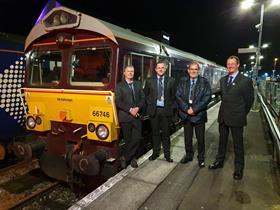 A Class 66 locomotive ran all the way to the terminus at Oban for the first time on September 12, after GB Railfreight worked with Network Rail to approve their use on the line which was previously restricted to lighter locomotives such as Class 37s. The use of Class 66 is intended to facilitate the operation of Royal Scotsman excursion trains along the scenic route. 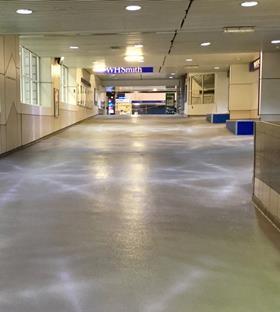 The Everlast Group has used Sika’s Sikafloor Pronto overcoat and Sikadur epoxy grouting for repairs to a ramp providing access to platforms at London Euston station. The work was undertaken in in one weekend, allowing shops to remain open and minimising disruption to passengers.