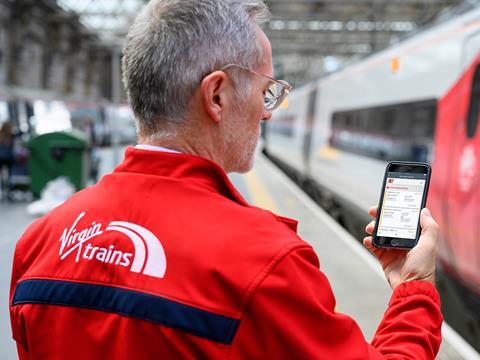 UK: Virgin Trains is developing a booking app which it says will guarantee that passengers obtain the cheapest walk-up fares by retrospectively looking at the trains used and recalculating the fare if a different ticket would have been cheaper than the one purchased.

The system would automatically provide a partial refund to someone who buys a peak ticket but travels off-peak, and would cap the cost of regular travel at the price of a weekly season ticket. A split-ticketing function would calculate if a cheaper combination of fares is available by splitting a journey into separate sections rather than using a through ticket.

The app is expected to be of particular benefit to commuters who do not work regular 09.00-17.00 Monday to Friday hours, passengers who make a mix of peak and off-peak journeys and those wanting greater flexibility over when they travel.

The app is due to go live by the end of the year, subject to agreements will other operators. Roll-out on London Underground and London Overground routes is expected to take a year longer, ‘while necessary ticket-scanning technology is introduced’.

The app is being developed separately from the West Coast franchise, which is currently held by Virgin Trains.

‘We’ve been in the UK rail industry for more than 22 years, leading the industry in areas such as introducing automatic delay repay and digital tickets and scrapping the Friday evening peak’, said Managing Director Phil Whittingham on May 31. ‘But we want to do more. The changes we’ve announced today, which align with the Rail Delivery Group’s fares reform agenda, could save UK rail passengers around a billion pounds a year, and ensure Virgin Trains continues to deliver for customers whatever happens with the West Coast franchise.’

Jacqueline Starr, Chief Operating Officer and Managing Director, Customer Experience, at the Rail Delivery Group which represents train operators, said the planned app ‘demonstrates that the rail industry is doing all it can to improve fares for passengers within the constraints of outdated fares regulations’. However, RDG believes ‘an app providing a work-around is no substitute for industry-wide root and branch reform of the whole system’, as RDG has proposed