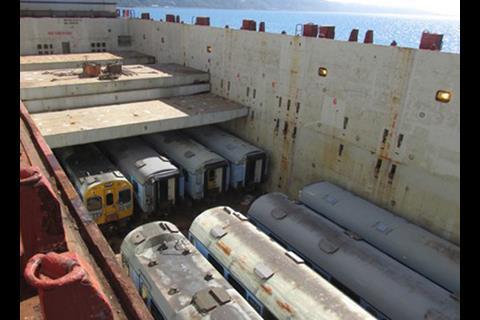 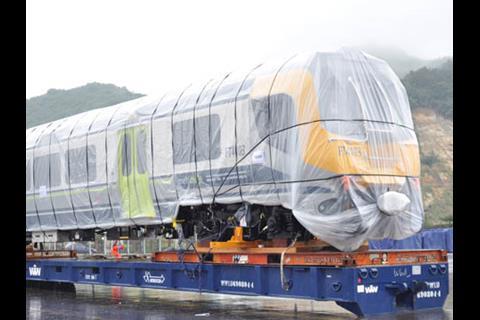 AFRICA: An initial 34 Ganz-Mavag Class EM/ET electric multiple-unit cars which a South African rolling stock broker has acquired from Greater Wellington Regional Council for reuse in Tanzania and Zimbabwe has been shipped from New Zealand.

The 44 Hungarian-built two-car EMUs entered service in 1982. They are being replaced by a fleet of 83 Matangi EMUs which GWRC ordered from a consortium of Hyundai Rotem and Mitsui in 2007, 2008 and 2013.

On arrival in Africa the 1 067 mm gauge EMUs will be converted into locomotive-hauled stock. Some will be changed to metre gauge to operate an airport shuttle service in Dar es Salaam, Tanzania, while the rest will be used to reinstate services from Harare in Zimbabwe to the coast, a route served by 500 buses a day.

The remainder of the 42 Ganz-Mavag units which have been sold will go to Africa once the next batch of Matangi EMUs arrives in Wellington in mid-2015. One unit is to be retained for heritage purposes.