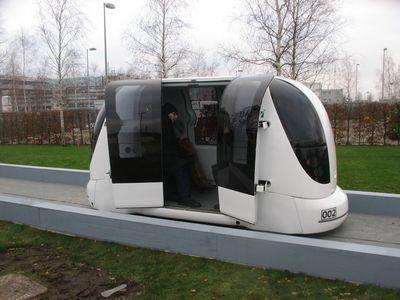 UK: Construction is proceeding rapidly on elevated guideways for a 3·8 route-km T-shaped 'personal rapid transit' line which will connect the future Terminal 5 at London's Heathrow airport with a car park for business class passengers from 2009.

The terminal is due to open a year earlier in 2008, and will be served directly by rail and London Underground services. The ULTra PRT is intended to relieve pressure on the airport's road network by removing the need for bus shuttles from the car park, which is on the far side of a runway from the terminal building. 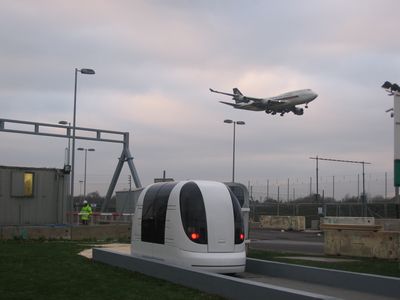 Airport owner BAA is investing £25m in the ULTra rubber-tyred transport-on-demand system, but stresses that this includes start-up costs associated with the adoption of a new technology, and any future lines would be somewhat cheaper.

BAA sees potential uses for the system beyond the airport sector, with applications such as feeding conventional metro and rail lines or operating within shopping complexes. It has taken 'a significant shareholding' in Bristol-based PRT company ATS Ltd. ULTra had previously been demonstrated in Cardiff, but funding was not available for a further development in the Welsh capital.

The 18 four-seat 'pod' cars for Heathrow are being built by Basildon firm ARRC, which undertakes prototyping work for car manufacturers and has experience of small batch engineering production. The use of automotive technology is expected to bring the cost of a PRT vehicle to the price of 'a family car', according to ATS. The vehicles will be wheelchair-accessible, and two rescue vehicles will be ready to retrieve passengers in the event of a failure.

Each vehicle will have four lasers mounted on its corners, which it will use to guide itself along the 1·5m wide fully-segregated concrete and steel tracks at speeds of up to 40 km/h. As they do not need to make physical contact with the trackway walls, the cars can easily cross junctions or other gaps.

Power comes from onboard lead-acid batteries, charged up as and when needed by automatically diverting empty vehicles to recharging points.

UK safety authority Her Majesty's Railway Inspectorate has taken an interest in the development of the technology, and granted permission for a trial system to carry passengers in 2003, but according to BAA the low-powered cars are not subject to the same regulations as heavy rail systems would be. 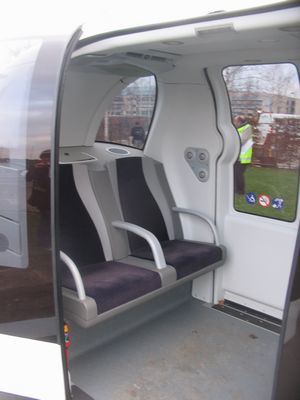 The line will operate around the clock with a journey time of 4½ min. The tracks are divided into fixed blocks giving 6 sec headways, and waiting times are intended to be very short, with the operating concept being closer to a lift than a conventional peoplemover; BAA says 95% of the anticipated 400 000 annual passengers should be served within 1 min.

The vehicles will pull into screen-door equipped bus-stop style platforms alongside the running line for boarding and alighting, with passengers using touch-screen machines to issue a request for a vehicle if there is not one waiting. There will be no additional charge for travel, and passengers are not expected to share their ride with strangers.

BAA anticipates future expansion of the initial line to provide comprehensive coverage of the Heathrow site through the development of a complex network of loops. The control system would automatically select the optimal route to reach the passenger's requested destination. 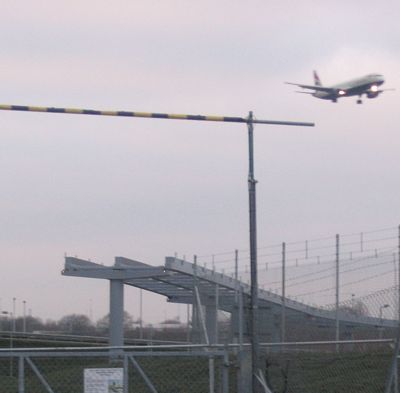