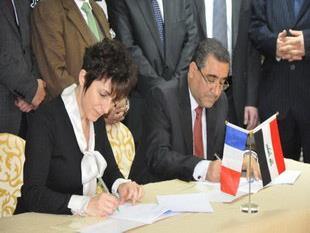 IRAQ: A US$40m agreement for Alstom to undertake detailed design studies for the first phase of an elevated metro was signed by Governor of Baghdad Dr Salah Abdul-Razzaq on February 11.

The line is planned to relieve traffic congestion and help to accommodate population growth in the capital. Abdul-Razzaq said the proposal is the result of two years of discussions about how to provide 'a civilized level of public transport' in the city, which is currently reliant on buses.

Starting from Al-Mustansiriya University, the 25 km first phase would cross the River Tigris on a new bridge near the existing Sarafiya Bridge to reach the Kadhimiya district. It would then follow Muthanna Airport Road to terminate near Baghdad Central railway station at Alawi, where the depot would be located. There would be 14 stations.

A second stage would run from Alawi, through the Karkh and Bayaa areas to Saidiya. A third phase could run from Saidiya to Jadiriyah and Karrada, looping back to Alawi.

Alstom is to undertake planning and design work over the next 10 months, with a view to construction begining in 2014. Full implementation is expected to take six years and cost up to US$1·5bn.

Attempts to attract private finance have proved unsuccesful, and so the project would be funded by the local government which would pay in instalments to spread the cost.

The project is separate from long-standing proposals for an underground metro, which were revived in 2011 when Systra was appointed to provide design and tendering services for the proposed 40 km two-line network.