Welcome to ‘the summer of hell’. As if the well-documented problems at New York’s Penn Station were not enough for the city’s commuters to contend with, Subway passengers are approaching the end of their collective tether as delays and disruption continue to mount on North America’s largest metro network. 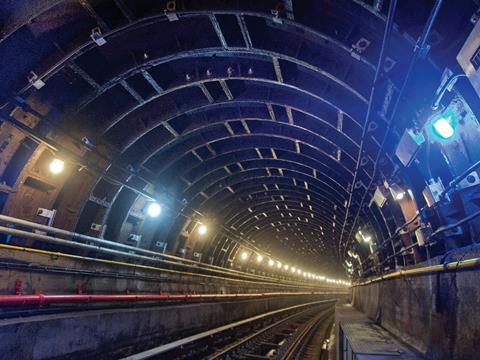 Unlike the crisis at Penn Station, where engineering works have been accelerated following a series of infrastructure failures, the woes on the Subway are more difficult to assign to a single cause. Users’ current ire is arguably a culmination of years of simmering dissatisfaction over the slow pace of modernisation, combined with a series of external factors, including the legacy impact of Superstorm Sandy in 2012, which has left New York MTA facing years of track, station and tunnel repairs.

According to MTA data, overcrowding is the overwhelming cause of train delays, far outstripping infrastructure faults. This in turn reflects one of the systemic challenges the network faces: a surge in ridership that started around 2011 and has continued broadly evenly since then. In 2016, average weekday Subway ridership was 5·7 million, the highest since 1948, and annual traffic volume was 1·8 billion, almost double the 1 billion carried in 1990. One immediate consequence is that the timetabled 30 sec dwell time is proving extremely hard to maintain at crowded stations, notably in Manhattan.

Perhaps unsurprisingly, political pressure for action has mounted steadily throughout 2017. MTA’s Performance Dashboard indicates that on-time performance to the end of May was 62·9%, some 12 percentage points behind target. In response, on July 25 MTA Chairman Joseph Lhota — who returned in January to a role he held for nine months in 2012 — outlined a series of short- and long-term measures seeking to improve resilience and reliability.

The first phase of his turnaround plan is designed to ‘deliver improvements within one year’, according to MTA. Priority measures include a signalling renewal programme targeting 1 300 of the most vulnerable locations, a ‘deep clean’ of tunnels and stations to improve drainage and reduce fire risk, and a three-fold increase in the rate of installation of continuous welded rail. Rolling stock overhauls are to be stepped up, and maintenance staff are to prioritise door repairs as this is one of the leading causes of in-service delay. The second phase of the plan, to be ‘outlined in the coming weeks’, will address wide-ranging enhancements to rolling stock, train control and telecoms. In total, the package could cost up to $8bn.

Yet as New York transport advocates are quick to point out, any meaningful improvement in the quality of services must be delivered against a backdrop of institutional infighting about funding, governance and regional politics. At the core of this impasse is a decades-old wrangle about how far the Subway network is the responsibility of the city of New York or that of New York state.

In principle, MTA is an arm of the state legislature, and as such the ultimate responsibility for the condition of the Subway lies with Governor Andrew Cuomo. In recent months, Cuomo has shown himself particularly hands-on regarding ‘big ticket’ transport projects, reportedly appearing in person at worksites during the final weeks before the opening of the $4·4bn Second Avenue Subway on January 1.

Cuomo is looking to increase the state’s role in MTA’s governance, although it already has more representation on the authority’s 14-seat management board than any other entity. At present, there is no voting majority: the state has six seats and the city four, while the suburban Nassau, Suffolk, Westchester, Dutchess, Orange, Rockland and Putnam counties share four seats between them. Cuomo’s proposal, outlined on June 20, would add two seats for the state and give the chairman — appointed by the Governor — an extra vote. This would effectively give the state nine votes out of 17.

Commuter groups were unimpressed. ‘Governor Cuomo’s MTA board proposal obscures the very real fact that the Governor already controls the MTA. In practice, can the Governor point to any situation in which other MTA board members have teamed up to block his initiatives?’, asked campaigners from The Riders Alliance.

Despite seeking to enhance the state’s control over MTA, Cuomo is determined that the city pays its share towards Subway improvements, and this is causing ongoing friction with Mayor of the New York Bill de Blasio. Responding to pressure from Albany, on August 7 de Blasio proposed a ‘wealth tax’ on city residents earning more than $500 000 per year. The proceeds would be directed to fund repairs to the metro network. Yet while both de Blasio and Cuomo are Democrats, the state legislature is controlled by the Republican party, who are unlikely to look kindly on tax hikes, however pressing the needs of Subway passengers in distant New York City. After the ‘summer of hell’, Gotham’s commuters need an ‘autumn of hope’, yet rapid improvements seem a faint prospect.