Alstom to supply next generation of EMUs to Perth 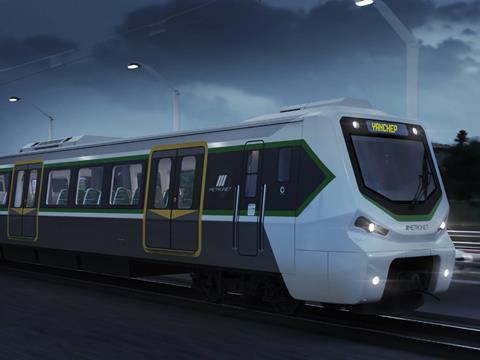 Alstom is to supply 41 six-car C-series EMUs to operate on current and future routes of the 1 067 mm gauge suburban rail network serving Perth. The EMUs would have an operational life of 35 years, with Alstom responsible for 30 years of maintenance.

Deliveries of the 17 sets that are required for network expansions being developed as part of the Metronet programme are due to begin in 2021. Planned Metronet projects include the Forrestfield-Airport Link and the Morley-Ellenbrook Line, along with extensions of the Joondalup Line to Yanchep, the Armadale Line to Byford and the Midland Line to Bellevue.

The other 24 trainsets, expected to enter service between 2023 and 2028, are intended to replace the A-series EMUs that have been operating on the Transperth network since the 1990s.

Under the same contract, Alstom is also to supply six DMU cars to replace the five cars that currently operate the twice-daily Australind service between Perth and Bunbury. These are due to be delivered in 2022 or 2023.