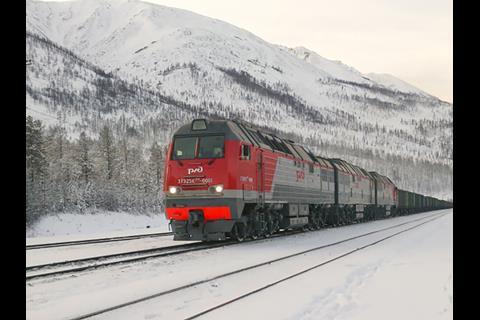 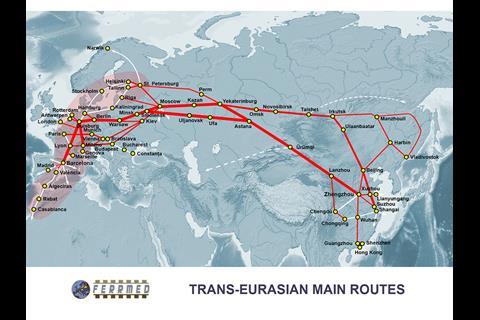 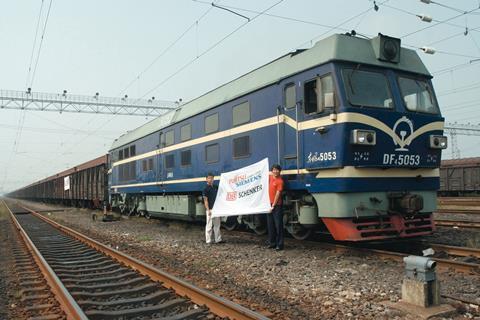 INTERNATIONAL: Russian Railways Chief Executive Oleg Belozerov says that the company is wrestling with growth rates of 30% in a year in transit freight between Asia and Europe. Addressing the International Railway Congress which began in Wien on March 18, he suggested that RZD had increased its forecasts for transit shipments through Russia from 600 000 TEUs annually to 2 million — in 2019, some 1 800 intermodal trains are expected to operate from the Chinese city of Xi’an alone to destinations in Europe and western Asia.

Speakers from Austria and Russia set out a series of initiatives intended to handle the surge in traffic and accommodate long-term growth. Russian Deputy Transport Minister Vladimir Tokarev argued for the ‘creation of a single transportation area’, supported by greater use of digital tools by railway operators, while his Austrian counterpart, Andreas Reichardt, prioritised ‘one thing — developing infrastructure, which will drive economic growth’.

Both the Russian and Austrian delegations gave strong backing for the long-planned construction of a 1 520 mm gauge line from Košice in Slovakia to Bratislava and Wien, with ÖBB Chief Executive Andreas Matthä noting that rail freight traffic between Russia and Austria had grown by 4% in 2018.

Within Russia, ongoing enhancements to the Trans-Siberian and Baikal-Amur Magistrale main lines are intended to enable transit freight trains to cover 1 500 km per day, up from around 1 150 km today. Speaking to Railway Gazette, RZD Vice-President Alexander Misharin said that a major brake on China-Europe freight traffic was the over-reliance on the border crossing between Poland and Belarus at Brest, where containers are transhipped from 1 520 mm to 1 435 mm gauge wagons. This causes inevitable delay, and he argued that as a result it was ‘crucial’ to extend broad gauge tracks into western Europe.

Misharin believed that a dedicated freight route would enable trains to run at higher speeds; transit freight services typically travel three times faster on Russian routes than in Europe. This potential for acceleration would make the 1 520 mm line to Wien ‘very attractive to investors’, he added.

RZD reiterated its support for Mongolia’s Ulaanbaator Railway, where transit freight volumes have grown by 30% in two years and now total 25 million tonnes per year. As the Trans-Mongolian main line is now approaching saturation, RZD has pledged to invest US$250m by 2022 to provide an annual capacity of up to 32 million tonnes.