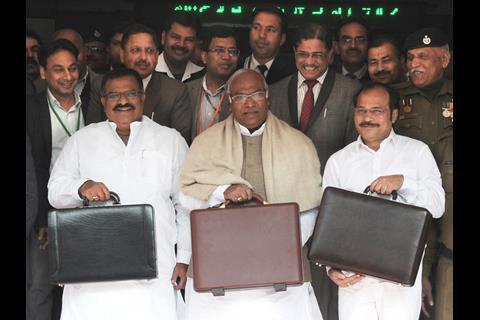 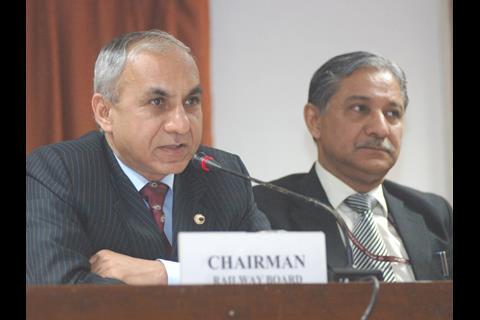 INDIA: The parlous state of Indian Railways' finances was flagged up by Railways Minister Mallikarjun Kharge when he presented an interim budget to the lower house of parliament on February 12.

With elections expected in May, the interim budget is intended to keep IR operational until the new government takes over. Outlining a package shorn of the populist giveaways seen in previous budgets, Kharge emphasised that 'it is time we take note of the investment and other urgent needs of the railways'.

Pointing out that IR does not have enough money to do what it needs to do, the minister said next year's allocation for the development fund would be down to a third of that allowed in 2012-13, and there was nothing for the capital fund. IR's depreciation reserve, pension, and capital funds are virtually exhausted, whereas last year's budget had predicted year-end balances totalling around Rs33bn.

As a result, infrastructure investment in the coming year is expected to run at a modest level, with Kharge only committing to study 19 new lines and five double-tracking schemes. 'The planning process requires a proper survey to ascertain the need for and viability of the project before it can be sanctioned, he emphasised.

Despite a shortfall in passenger volumes, passenger revenues in the year to the end of March are expected to be 20% up on last year, helping to reverse the widening imbalance between passenger and freight revenues. Kharge said freight revenues for 2013-14 would be up by more than 10% thanks to a 5% increase in tonnage.

Warning that 'existing congestion on many of our routes does not permit the railways to increase the number of trains', Kharge announced the introduction of 72 additional passenger services, including 17 'premium' trains with a demand-based dynamic fare structure to boost revenue.

Passenger fares and freight tariffs have been pegged at current levels, but, in a significant move, IR has been mandated to put in place a transparent pricing regime which would reduce cross-subsidy. The statutory Rail Tariff Authority is expected to be fully operational in a year's time.