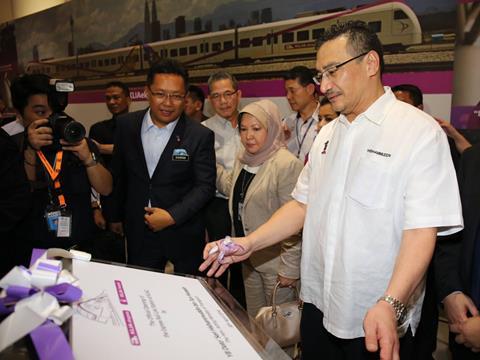 MALAYSIA: A 2·14 km extension of Kuala Lumpur’s airport rail link opened along with a new terminal for budget airlines on May 2.

The KLIA2 terminal replaces a previous facility which required passengers arriving at the airport’s main terminal by rail to change to a shuttle bus. Rail link concessionaire Express Rail Link is expecting a 40% increase in ridership following the opening of the extension.

While the stand-alone standard gauge rail link between Kuala Lumpur and the airport was developed under a design, build, finance and operate concession signed in 1997, the 100m ringgit cost of the extension to KLIA2 has been funded by the government to encourage the use of public transport.

The 3½ min transfer between the airport terminals by ERL costs 2 ringgit, while the fares from other ERL stations are the same to either terminal.