Laview EMUs are ready to roll 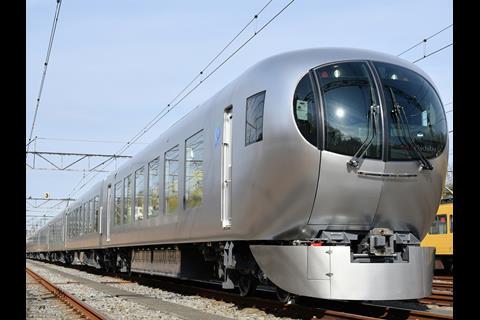 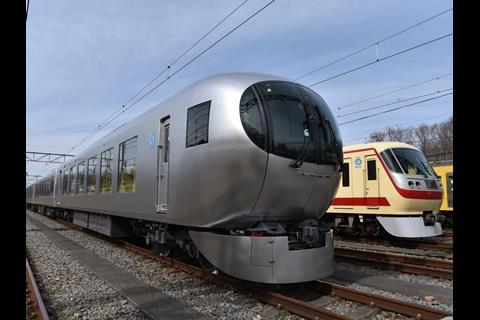 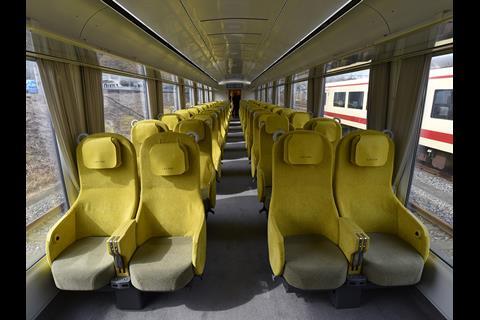 JAPAN: The first of seven Laview luxury EMUs which will operate Seibu Railway’s premier Limited Express services between Tokyo’s Ikebukuro station and Seibu-Chichibu from March 16 was formally presented at the operator’s Kotesashi depot on February 14.

Intended as the railway’s flagship, the 1 067 mm gauge Series 001 trainsets will replace the 1993-built Series 1000 New Red Arrow EMUs, which are to be cascaded to the Seibu Shinjuku line. Following the introduction of the new trains, the fastest services are expected to cover the 76·8 km between Ikebukuro and Seibu-Chichibu in around 80 min.

Styled by architect Kazuyo Sejima and manufactured by Hitachi, the eight-car Laview EMUs are intended to ‘move seamlessly between urban and rural environments’, according to the railway. Announcing the name last October, Seibu explained that it combined L for Luxury, A for Arrow and ‘view’ to highlight the extra-large windows offering passengers good views of the passing scenery. The rounded front end and oval windscreen add to the distinctive look.

Internally, the yellow 2+2 seating is intended to create a luxury ambience. Seat-back tables are provided, but pairs of seats can be rotated to form face-to-face bays for small groups. On-train wi-fi is provided, and all seats have electric charging sockets. Video screens in each coach will provide passenger information, news and weather forecasts, as well as displaying the view from the front of the train.

Wheelchair spaces and multi-functional toilets are provided, along with a dedicated ladies’ powder room in one coach.