Good but not completely satisfactory year for Siemens 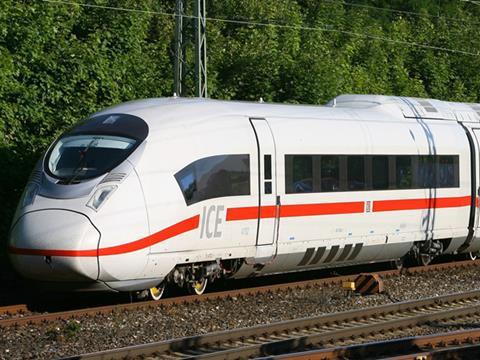 SIEMENS: 'Fiscal 2012 was a good year but not a completely satisfactory year for us', President & CEO Peter Löscher told the Siemens AG annual general meeting on January 23. The company suffered from uncertainties in the global economy, substantial charges in the Energy sector and problems with specific projects.

These included the delays to the delivery of Velaro D trains. 'We do share part of the responsibility for that', Löscher said, adding that DB had been offered extensive support to ensure availability of the existing ICE fleet during winter, including a rapid response team of 100 technicians.

Löscher also drew attention to DB Chairman Rüdger Grube's call for a fundamental revision and simplification of German rolling stock certification procedures. ‘Like DB, we would be very pleased if manufacturers, the railway operator Deutsche Bahn, the Federal Railway Office and government officials could agree on simpler, faster and more modern certification rules’, he said.

'The negative impression created in Germany is due to the special situation here', Löscher said. 'Unfortunately, this has overshadowed the reputation and success of our global rail business and the outstanding reliability of our trains throughout the world