Government support for train operators will protect the short-term cash generation of rolling stock leasing companies during coronavirus lockdown periods, but there could be pressure on their revenue base once the restrictions are lifted, warns Christian Kuendig, Senior Director, Non-Bank Financial Institutions, at Fitch Ratings. 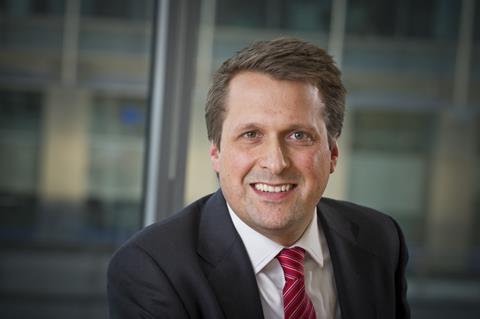 EUROPE: Government support for train operators during coronavirus lockdown periods will protect the short-term cash generation of rolling stock leasing companies, but pressure on lessors’ revenue base could mount once the lockdown lifts.

Any extraordinary government involvement beyond the lockdown period could also increase pressure by affecting the lessors’ ability to renegotiate lease rates at current market or similar terms. A slower-than-expected recovery of transport activity could lead to an oversupply of rail fleet in the medium-term, increasing the proportion of off-lease assets and reducing the lessors’ ability to cascade fleets to new operators in an already competitive market.

The quality and predictability of rolling stock lessors’ earnings streams being impaired by these developments could affect Fitch’s assessment of the companies’ financial metrics, notably their tolerance for leverage, and put pressure on ratings.

Fitch uses cash flow leverage metrics such as gross debt/EBITDA to assess rolling stock lessors, as earnings are predictable thanks to long-term contracts, stable lease rates and high-quality, often sovereign or quasi-sovereign, lessee counterparties. More volatile revenue and increased counterparty credit risk could cause the ratings agency to increase the weight of balance sheet leverage in its analysis, which is considerably weaker than cash flow leverage for most lessors operating in the sector.

As an example, on March 23 the UK Department for Transport announced the suspension of the normal financial mechanisms of its franchise agreements, with the transfer of revenue and cost risk to the government for ‘an initial period of six months, with options for further extension or earlier cancellation as agreed’. Train operating companies continue to run day-to-day services for a ‘small, pre-determined management fee’. 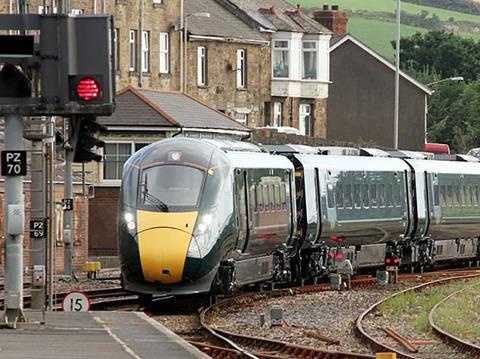 In its current base case, Fitch assumes that the relationship between UK ROSCOs, such as Eversholt Investment Ltd (BBB/Stable), and train operating companies will revert to previous market practices in the longer term.

The lease contracts between rolling stock companies and lessees, which typically include ‘hell or high water’ clauses, will therefore remain unchanged. In its current base case, Fitch assumes that the relationship between UK ROSCOs, such as Eversholt Investment Ltd (BBB/Stable), and train operating companies will revert to previous market practices in the longer term.

Fitch believes that existing lease contracts could be amended if the UK’s Emergency Measures Agreements are extended. Service frequencies could be reduced from normal levels (similar to the imposition of a Section 30 provision in the Railways Act) should passenger demand not revert to pre-lockdown service levels in Q4 2020.

We expect a full recovery of transport activity to pre-lockdown levels to take longer in the passenger segment, increasing the risk of oversupply of rail fleet in the medium-term. This would also increase the proportion of off-lease assets and reduce the lessors’ ability to cascade fleets in an already competitive market.

Both these developments could have a meaningful negative impact on ROSCOs’ fleet utilisation rates, lease yield, re-lease capabilities and, ultimately, profitability. However, we expect ROSCOs to adjust their investment programmes and reduce new fleet procurement. Coupled with a decrease of new entrants, this would alleviate longer-term competitive pressure on their business models.

Passenger train services in Germany, in particular long-distance or inter-city travel, are dominated by the national incumbent Deutsche Bahn (AA/Stable). There is greater private-sector competition in regional passenger services, where DB has a market share of around two-thirds, as well as in freight, where DB has a market share of around a quarter. Unlike the UK, the German government has not announced extraordinary support measures for train operators, but we believe support would be forthcoming if required, given that the market structure is dominated by ultimate public sector ownership. 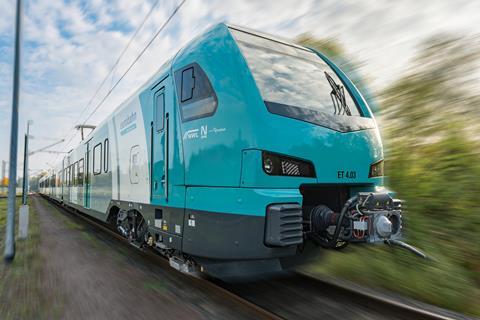 Rolling stock lessors such as Alpha Trains Holdco II Sarl (BBB-/Stable) are primarily exposed to operators that have ultimate public sector ownership, such as Keolis or Transdev. Their exposures in turn are covered by the relevant state public transport authorities – of which there are a total of 27 in Germany – that regularly receive their share of the federal government’s yearly regional passenger transport fund allocations and benefit from fixed rental contracts, which are mirrored in their contracts with Alpha Trains.

Market structures in other continental European markets, notably France, are less liberalised, but are broadly comparable to Germany. Most passenger train services are dominated by national incumbents, and freight services are at least partly liberalised. Lessor exposures are often to foreign subsidiaries of national incumbents – for instance, Abellio is owned by state-owned Nederlandse Spoorwegen, and Captrain by SNCF. 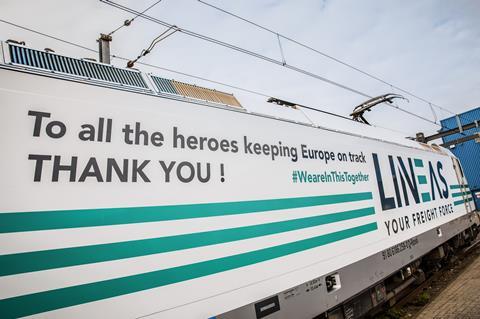 Rail is the preferred mode of freight transport in the current environment.

The freight sector, including freight locomotive leasing, is less exposed to immediate volume pressure than the passenger market, as rail is the preferred mode of freight transport in the current environment.

However, rail freight volumes are vulnerable to a continued shrinkage of economic activity, particularly cross-border trade. Leasing contracts in this sector are notably shorter (typically between one and six years) than those in passenger train leasing, which could lead to more immediate pressure on utilisation rates and revenue.

In addition, freight transport is less likely to benefit from government support measures, resulting in potentially increased credit risk for lessors. Higher liquidity of the freight wagons and — to an extent — locomotives, when compared to passenger trains, mitigates residual value risk.

Fitch has identified higher cash flow leverage, of above 7x gross debt/EBITDA in the case of Eversholt, as a rating sensitivity, particularly if this is due to pressure on EBITDA as a result of lower lease yields or lower utilisation rates. Lower interest coverage, with EBITDA/interest expense below 3x in the case of Alpha Trains, is also a Fitch-identified rating sensitivity.