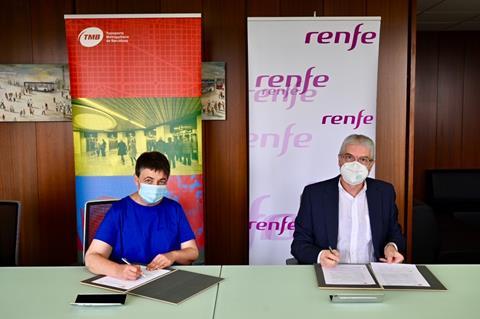 The companies said they each have considerable international experience. Co-operation under the agreement signed on July 17 would broaden the knowledge and experience of their staff, helping support the development of sustainable transport in Spain.

In addition to its experience with the operation of automated metro lines in Barcelona since 2009, TBM has provided consultancy services in cities including Dublin, Santiago, Istanbul, Yekaterinburg and Wien. In Portugal it has been involved in the commissioning of lines in Lisboa and Porto, and it was involved in the start-up phase of the Metro de Panamá, the Quito metro and Line 1 of the metro in Lima.

RENFE has been closely involved in the Haramain High Speed Rail project where it is now service operator, and is acting as project promoter Texas Central’s shadow operator for the proposed Dallas – Houston high speed line.