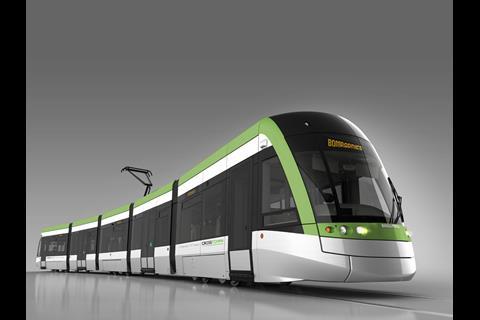 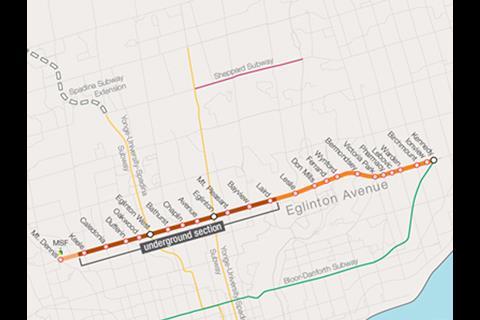 The contract includes a 30-year maintenance agreement with funding for renewals and life cycle repairs, and according to the province was C$2bn under its original estimate. The project uses Infrastructure Ontario’s Alternative Financing & Procurement model, which is designed to transfer significant risk to the private sector and provide the opportunity for design and construction innovation.

The 19 km Crosstown LRT line will run along Eglinton Avenue between Mount Dennis (Weston Road) and Kennedy, with a 10 km section between Keele Street and Laird Drive in twin bore tunnel. There will be 25 stops, with connections to bus routes, three metro stations and GO Transit commuter rail stations.

Initial construction works began in mid-2011, with boring of the tunnels getting underway in 2013. The light rail vehicles are to be supplied by Bombardier, and the line is to be operated by incumbent city transport operator TTC.

‘We are making great progress on the Crosstown LRT and I am very pleased that we have reached this milestone’, said Ontario Minister of Transportation Steven Del Duca when the contract was signed with Crosslinx. ‘By providing light rail transit across the city, we will help thousands of commuters get where they need to be quickly and easily. The Crosstown LRT is further proof of our commitment to manage congestion, keep the region moving and improve the quality of life for Ontarians.’