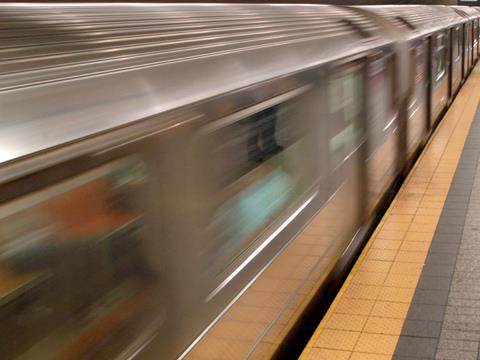 USA: New York City Transit reached a milestone in its programme to introduce automatic train operation on February 24, when it activated the final stage of the communications-based train control system on the L-Canarsie subway line.

This route was selected as the pilot for CBTC when NYCT decided in the mid-1990s to launch a 20-year programme to resignal its entire network. Under the US$326m project, CBTC is being rolled out along the line in stages, replacing a conventional signalling system that is now around 70 years old. CBTC is intended to permit reduced headways, increasing capacity along a route with growing ridership.

After several rounds of bidding to identify multiple suppliers, the development and installation contract was awarded in December 1999 to a joint venture of Matra Transport International (now Siemens Mobility), Union Switch & Signal and LK Comstock (now Railworks) in December 1999. Phase III 'follower' contracts for the development of interoperable subsystems were awarded a year later to Alcatel (now Thales) and Alstom.

At that stage, CBTC was expected to be put into operation from the end of 2004. However, the completion of the project has been delayed for several years pending the resolution of various technical issues.

MTA's goal was to eliminate conductors and move from two to one crew member per train, with the introduction of CBTC, but full automation has been blocked by the trade unions. Whilst the trains now operate in ATO mode throughout the line, an operator is still carried to start the train at each terminal and intervene in emergencies.