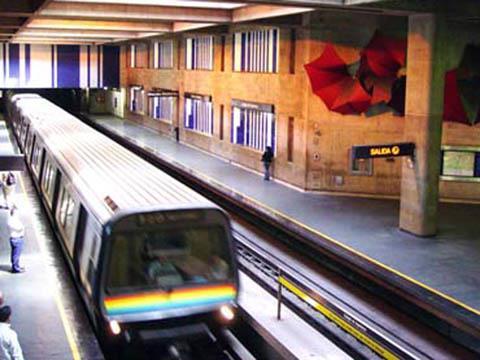 VENEZUELA: Metro de Caracas is investing BsF4bn to refurbish Line 1 between Propatria and Palo Verde. The route now carries more than 1·5 million passengers on a working day, and the metro must meet an anticipated demand of 3 million passengers a day in 2014.

The programme, which began in February, includes rail replacement, modernisation of electrical equipment, automatic train control and signalling systems, and replacment of air-conditioning in the trains and on stations. Operational and commercial zones will be refurbished and air-conditioning installed in ticket kiosks and staff rest areas.

The plan also envisages the purchase of 117 new escalators at an additional cost of BsF130m, as the existing escalators are deemed beyond repair. Most work will be carried out at night to avoid service disruption, but station closures are foreseen where major modernisation is required, for example at Chacaíto, where service will be suspended for a week in mid-April.

Rolling stock refurbishment is underway, and 100 cars - half the fleet - have already received a major overhaul. To increase train capacity from 2 200 to 2 900 passengers, the seven-car sets will have fewer seats, more hand straps and wider doorways.

To increase Line 1’s capacity at peak hours, Metro de Caracas has introduced express trains which leave the termini empty and pick up at the busiest stations along the route. This measure will be in place until 2012, when the refurbishment should be complete, and the fleet increased from 37 to 48 trains.

Modernisation of Line 2 between Las Adjuntas and El Silencio will begin in 2010. The project envisages construction of a new terminal containing a shopping centre and recreation area with a park and gym.