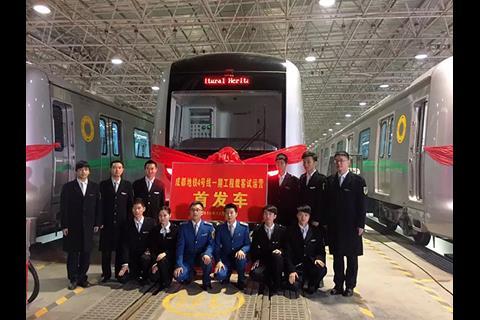 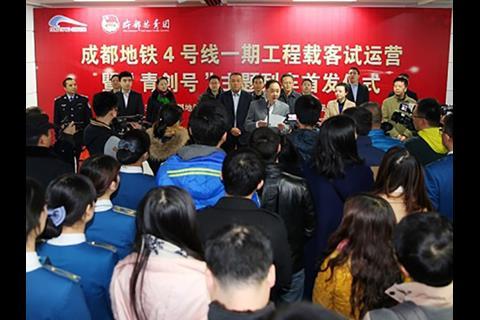 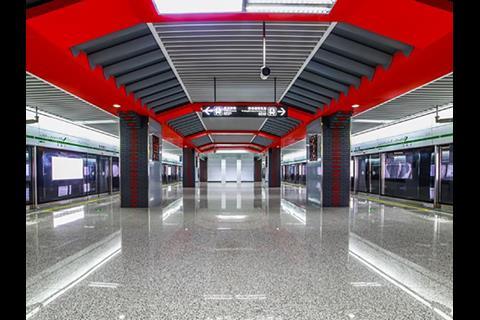 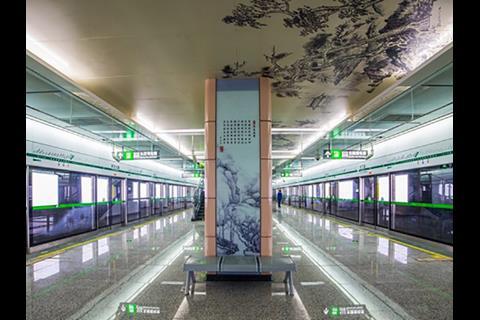 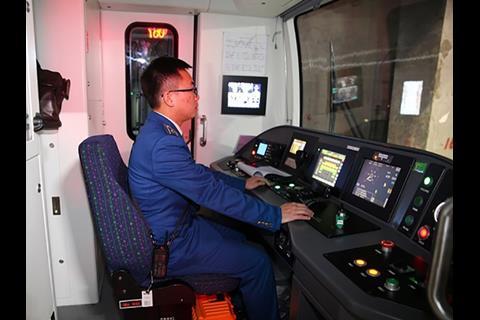 CHINA: The third metro line in the western city of Chengdu was opened for revenue service on December 26.

Running entirely underground for 22·4 km and serving 16 stations, the first phase of the east-west Line 4 links Intangible Cultural Heritage Park to Wannianchang. Interchange is provided to the national railway at Chengdu Xi, Line 2 at CUTCM & Sichuan People’s Hospital and Line 1 at Tonghuimen.

The 1 435 mm gauge line is electrified at 1·5 kV DC, and operated by a fleet of Type B six-car trains. These are maintained at a depot near Intangible Cultural Heritage Park. With a maximum service speed of 80 km/h, the end-to-end journey time is 34 min. Services operate between 06.30 and 22.40, with trains running at 4 min headways compared with 2 min 40 sec on lines 1 and 2.

Under development since July 2011, construction of Line 4 began in February 2012; the first section was handed over for test running on November 11. In September 2014 work began on a 10·7 km western extension with eight stations, which will also run in tunnel, and a 10·2 km six-station eastern extension which will be partly elevated.