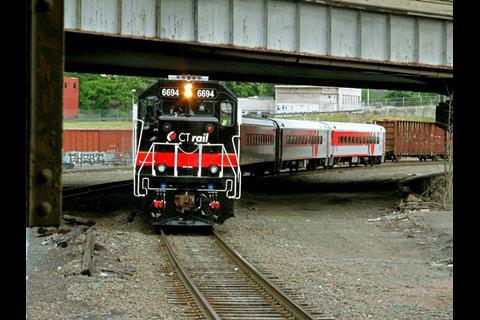 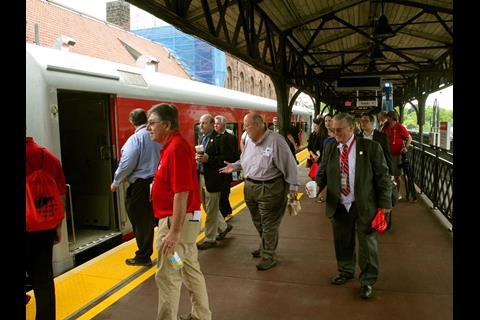 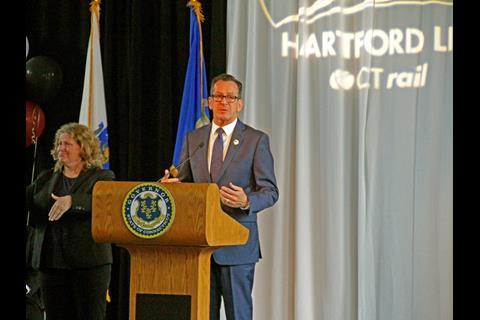 The line is shared with Amtrak services, and the national passenger operator owns the infrastructure and manages train control and dispatch.

Intended to relieve pressure on the parallel I-91 highway, CTrail is the first regional passenger service to be launched in Connecticut since 1990.

A weekday service of 17 return trains per day, all in the morning and evening peaks, will link New Haven Union and Springfield. Trains serve seven stations, of which Meriden, Berlin and Wallingford have been built for the launch of CTRail. Two existing stations at Windsor and Windsor Locks are to be relocated and rebuilt, subject to a final funding agreement, and three further stations are planned to open by 2020. A weekend service of 14 daily trains is also being provided. A double-tracking and infrastructure renewal programme has underpinned the launch of CTRail, as well as a more frequent Amtrak service which began on June 9. Maximum line speed along the corridor has been increased to 175 km/h, and Positive Train Control is installed throughout.

In July 2017 Connecticut Department of Transportation awarded a joint venture of TransitAmerica Services and Alternate Concepts a $45m contract to operate CTrail services for five years.

‘With the launch of the Hartford Line, Connecticut is taking long-overdue, bold steps to invest in our future, laying the tracks for job growth, business expansion and the revitalisation of our urban areas’, said Malloy. ‘If we want our state to be competitive and attract the jobs of the future, investing in our transportation system is not optional.’