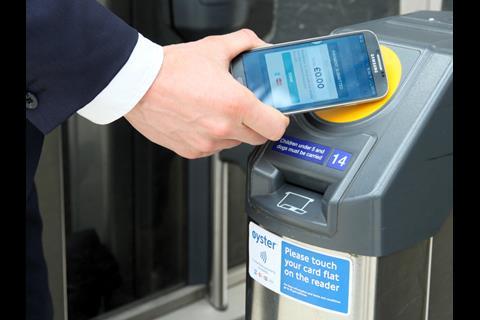 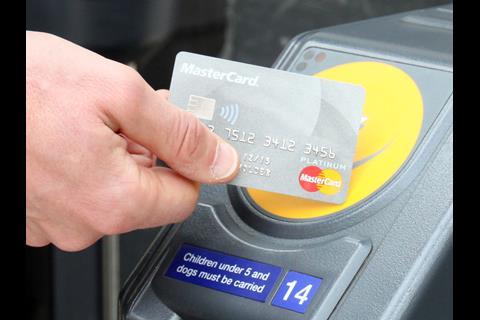 UK: With effect from September 16 passengers are able to use contactless bank cards to pay for travel on London Underground, Docklands Light Railway, tram and National Rail services within Greater London, as well as on buses.

Bank cards are touched on the Oyster smart card readers at the start and end of rail journeys, with the fare calculated by the back-office systems and any time-based capping applied before the customer is charged a single sum for the period’s travel.

Transport for London says all UK-issued contactless American Express, MasterCard and Visa credit, debit and pre-paid cards will be accepted. Other methods of contactless payment that meet financial industry standards, including mobile phones, may also be accepted. Some non-UK cards may not be accepted.

The launch of contactless payment required the development of new ‘zero value transaction’ payment rules in partnership with card issuers, and the deployment of back-office centric technology which Transport for London developed in-house. The roll-out has cost a total of £66m, and TfL expects to more than recover the £11m cost of software development by licensing it to other transport operators around the world.

Contactless payment runs in parallel with the existing Oyster smart card, which will continue in use for the foreseeable future.