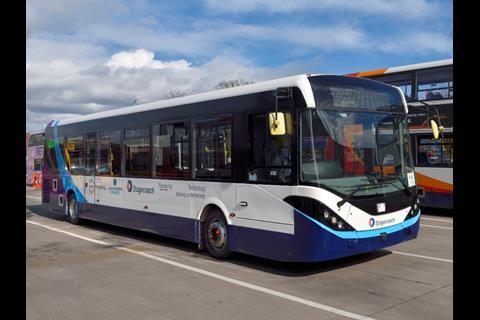 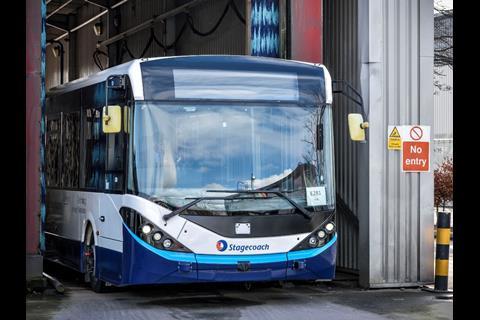 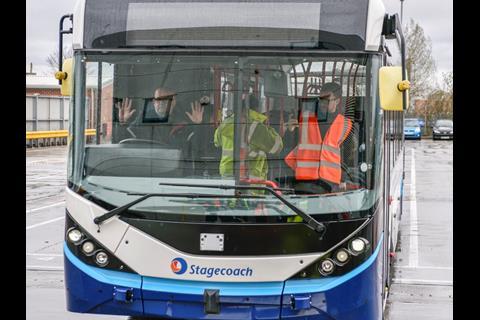 UK: Stagecoach demonstrated an autonomous bus at its Sharston depot in Manchester on March 18. According to the project partners, this is the first full-sized autonomous bus to run in the UK.

An 11·5 m Enviro200 bus manufactured by Alexander Dennis at its Guildford site has been equipped with the CAVstar control and sensing system from Fusion Processing. This uses radar, LIDAR, cameras, ultrasound and satellite navigation to detect obstacles and plan the optimal path for the vehicle.

The bus can carry out depot movements, such as parking and moving into the wash, at the Level 4 standard of autonomy, which means that a driver must remain on board.

The three project partners are also part of the CAVForth team, which is working on a passenger-carrying trial of autonomous buses in Edinburgh. Due to begin next year, the trial would eventually see five Enviro200 buses operating on the 23 km route across the Forth Road Bridge between Edinburgh Park railway station and Ferrytoll Park & Ride facility in Fife, running in mixed traffic and on a dedicated public transport lane.

CAVstar would also be used for this project, which has received £4·4m from government research funding body Innovate UK.