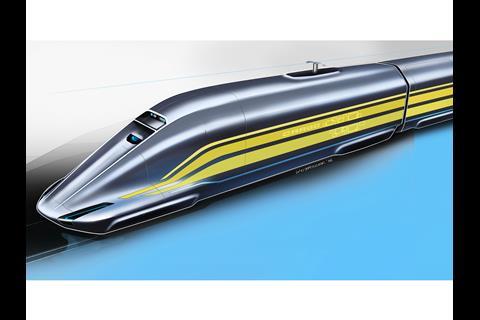 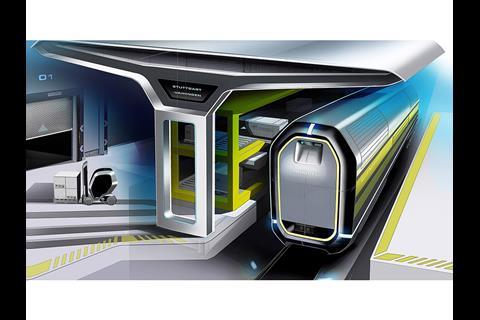 Part of its ongoing Next Generation Train project, the NGT Cargo concept is intended to increase rail’s share of the European freight market by making it ‘more appealing’, according to DLR. This would require a high level of automation, intelligent handling and high speeds, along with a high degree of flexibility to suit different requirements. NGT Cargo joins the 400 km/h NGT High Speed Train concept and the 230 km/h NGT Link inter-city train which have been developed over the past 10 years.

Noting that freight traffic in Germany is projected to increase by almost 40% by 2030, DLR found that modal shift from road to rail ‘is not happening’ despite ambitious political aspirations. Project leader Joachim Winter said ‘this makes it all the more important that we develop innovative logistics, production and vehicle concepts to exploit the societal, environmental and economic benefits of rail freight’.

Winter said the rising demand for small consignments and individual packages was not well suited to block train operation, while single wagonload operations are very time and resource-intensive, with very low average speeds, and high costs.

NGT Cargo envisages that automated freight trains could be assembled from high-performance power cars and individual self-propelled wagons, automatically coupled into trainsets to provide maximum operational flexibility. Each wagon would have its own electric traction package, including energy recovery and storage systems, allowing them to operate autonomously on the ‘last mile’ connections to the final customers.

Sensors on the wagons would facilitate automatic operation, and provide real-time data so that operators and customers have accurate information about the vehicle’s status and expected arrival time. Wagons could be routed directly into ports, transhipment stations or logistics terminals, where they would be loaded or unloaded automatically.

For the long-distance legs, individual wagons would be coupled into trains, with aerodynamically covers over the gaps between vehicles to reduce wind resistance and noise. One or two end cars would provide the power to run at up to 200 km/h on existing lines or potentially 400 km/h on a high speed line. Shorter trains could be combined ‘virtually’ during the trip to make best use of capacity, and potentially coupled with passenger trains. DLR believes that NGT Cargo could be suitable for intercontinental freight traffic between Europe and China.

DLR researchers are now working on developing a detailed logistics and operating concept, designing terminals and unloading sites and improving the vehicle architecture and drive concept.