B Logistics renamed Lineas as it aims for modal shift 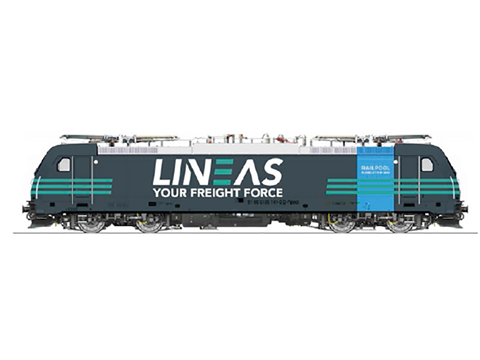 BELGIUM: The part-privatised former SNCB freight business has been rebranded from B Logistics to Lineas, reflecting what the company sees as a change in focus from survival and business transformation to growth. The new name was chosen to be 'completely different', international and to reflect an ambition to create 'lines' between European hubs, customers, staff and the future.

‘We are changing name today because we have changed identity as a company’, said CEO Geert Pauwels when the brand was unveiled on April 27. ‘After years of restructuring, we have become one of the biggest and most dynamic private rail operators in Europe. Our ambition is clear: get trucks off the road and shift those volumes to rail.’

Lineas is owned by private equity group Argos Soditic (69%) and SNCB (31%). It has more than 200 locomotives and 7 000 wagons, 1 900 staff and sites in France, Italy, the Netherlands and Germany as well as its headquarters in Brussels. Annual turnover is around €500m.

The company’s financial results improved for the seventh year in a row in 2016, with EBITDA of €27m compared with €15m the previous year. Traffic grew for the first time in 2015 when it reached 29·4 million tonnes, and increased again to 31·5 million tonnes last year.

The focus is now on modal shift to rail, which Lineas plans to achieve by providing a quality of service which will lead industrial customers to opt for rail to improve their supply chains and environmental performance. Lineas will continue to offer traditional block train and intermodal services, but it believes that winning new traffic for rail will require innovation, which will be based on its Green Xpress network of direct, frequent and reliable medium to long distance connections between economic hubs. The Green Xpress network currently has 10 destinations, and 20 to 30 new connections are planned by 2020.

‘We want to make a difference and offer rail a future again’, said Pauwels.