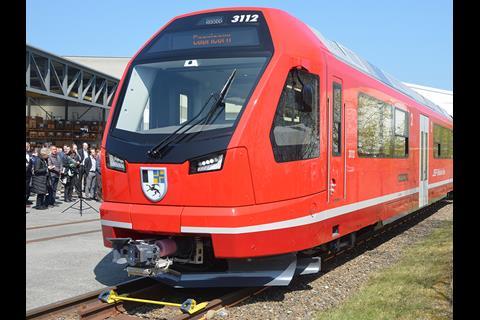 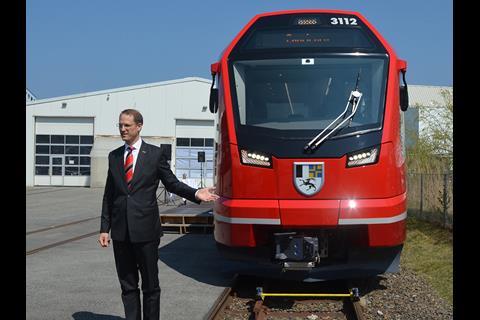 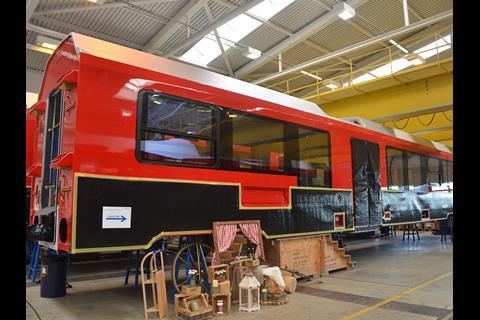 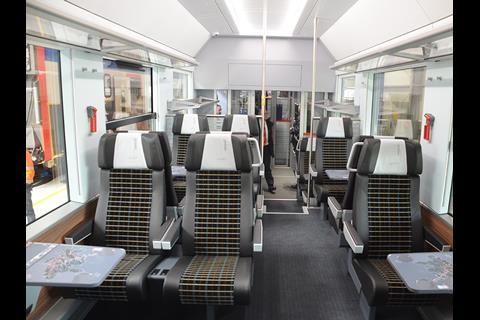 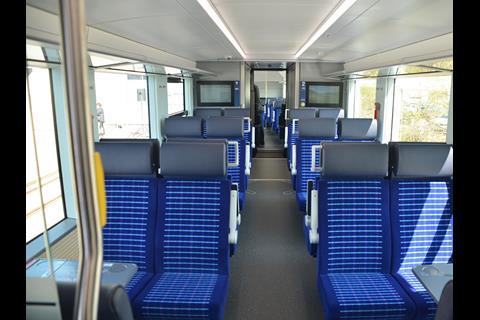 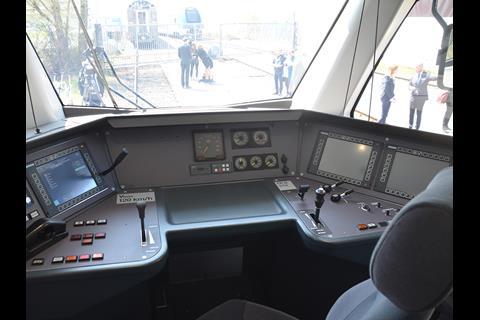 The metre-gauge EMUs are branded with the Romansh name for the Alpine ibex which appears on the arms of canton Graubünden. They are scheduled to be delivered in 2019-22.

The SFr361m order for 36 four-car EMUs placed in two batches in 2016 was RhB’s largest ever rolling stock procurement. It forms part of a multi-stage fleet renewal programme launched in 2007. RhB issued nine and 15-year SFr100m bonds to finance the order.

The first units are expected to enter service in late 2019 on the Landquart – Davos – Filisur route. From 2021 pairs of units will divide at Klosters to serve Davos and St Moritz. The EMUs will also be deployed in the Surselva and Unterschnitt areas.

The 11 kV 16·7 Hz EMUs have a maximum speed of 120 km/h, 1 h rating of 1·4 MW and continuous rating of 1 MW. They are equipped with air brakes, rather than the vacuum or dual braking of older RhB rolling stock. Automatic couplers will enable the splitting and joining of units in service to support the introduction of 30 min headways on single-track routes.

Each unit is 76·4 m long and 2 670 mm wide, with 165 seats, including 35 in first class. Three of the four cars have low-floor entrances, and the units comply with Switzerland’s accessibility laws with tactile signs, wheelchair spaces and one of the two toilets being wheelchair-accessible.

There are multi-functional spaces for bicycles, skis and other sports equipment as well as for prams and luggage. The passenger information system includes a stream of the driver’s view on internal display screens, and the windows can be opened.