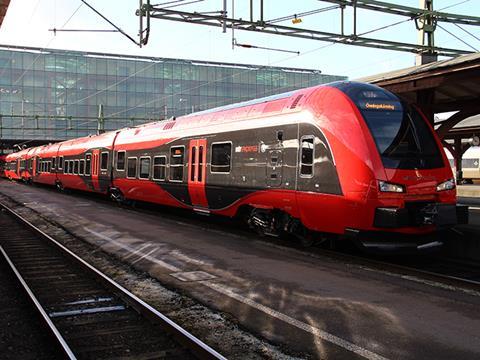 SWEDEN: Competition authority Konkurrensverket has called on the government to review the regulations governing the online sale of rail tickets, in order to address the dominant position of the sj.se website run by state-owned incumbent operator SJ AB.

Two new entrants – MTR Express and Saga Rail – filed complaints last year that they did not have the opportunity to sell their tickets via SJ’s online channels. MTR Express launched its Stockholm – Göteborg open access service in March 2015, but has never been able to offer tickets through the country’s principal online booking platform. Saga Rail cited ticket retailing problems when suspending its low-cost weekend services after only four months of operation.

Following an investigation, Konkurrensverket announced on June 4 that it had decided to close the cases. The authority accepted that the combination of SJ's dominance as incumbent operator with its position as the central sales channel made it difficult for competing operators to enter or expand in the rail market. However, it believed that intervention under the existing competition legislation would not be the most effective remedy, and had written to the government accordingly.

Although current legislation would allow the courts to require sj.se to offer competing operators’ services, this could reinforce the current market structure because of the strong brand association between sj.se and the national operator. It could also inhibit innovation or the development of independent booking platforms.

Konkurrensverket has put forward a range of suggestions for the government to consider, including new regulations covering the sale of tickets for ‘commercial’ services or the creation of a ‘competition-neutral’ booking site that could be based on the Resrobot public transport journey planner. Another option might be to require all train operators to sell each others’ tickets, broadly mirroring the UK’s ‘impartial retailing’ rules.

Welcoming the authority’s findings as ‘very positive’, MTR Express CEO Mats Johannesson said it was important to recognise that ‘the problem with SJ's dominant position is greater than the issue of MTR Express’s access to sj.se’. He hoped that Minister of Infrastructure Tomas Eneroth and Business Minister Mikael Damberg would respond positively to the authority’s suggestions.