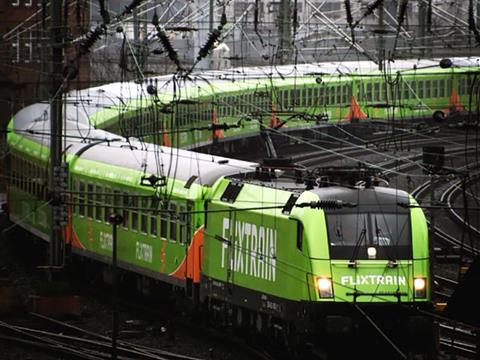 GERMANY: Open access inter-city operator FlixMobility has opened ticket bookings for its third daytime FlixTrain route, with daily services between Berlin and Köln expected to begin on May 23. Single fares are available from €9·99.

Journey times of between 5 h and 6 h will be around 3 h quicker than the existing Flixbus coach service and are expected to be competitive with DB. According to FlixMobility CEO André Schwämmlein, ‘the lack of a central bus station in Köln is one of the reasons why we are now more likely to rely on the train’.

FlixMobility hopes to launch a second daily service on the route from early June. This would leave Köln at 06.45 to arrive in the capital around noon. The return service departing from Südkreuz at 16.11 would omit the Hannover, Essen and Duisburg calls, reaching Köln at 21.46.