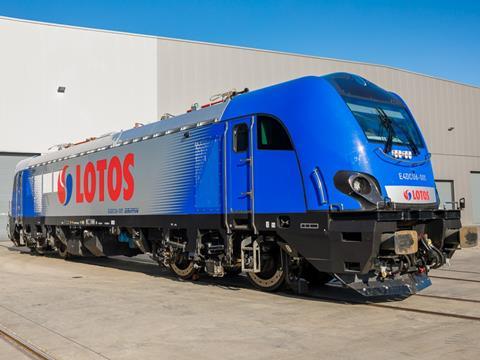 Newag is to supply three six-axle Dragon 2 locos and two four-axle Griffin locos by the end of May, and will provide seven years of maintenance. All the locos will be equipped for operation with ETCS Level 2.

The 20·3 m long Dragon 2 is a Co-Co loco with a maximum speed of 120 km/h and an axleload of 20 tonnes. It is equipped with silicon carbide converters and is TSI 2014 compliant. Lotos Kolej already has five first-generation Dragon locos in its fleet.

The Bo-Bo Griffin can haul up to 3 200 tonnes at up to 160 km/h. The locos ordered by Lotos will be equipped with a ‘last mile’ diesel powerpack, like the five Griffins ordered by Lotos Kolej at the end of 2015.