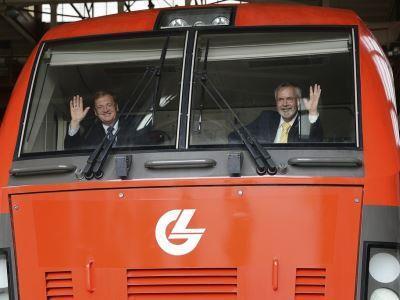 ‘We must constantly renew our fleet’, said Lithuanian Railways Director General Stasys Dailydka, who added that the company was ‘reacting to requests from our clients’ as it sought to improve both safety and competitiveness.

The new wagons are to be mainly deployed on cross-border services to CIS countries. EIB says that the vehicles are to be equipped with low-noise brake blocks, reducing operational noise by around 50% in comparison with older wagons.

‘The EIB strongly promotes sustainable transport, and railways will remain one of the most energy-efficient and least polluting land transport modes’, said EIB President Werner Hoyer. ‘We therefore particularly welcome this agreement with Lithuanian Railways, as the project will improve the competitiveness and attractiveness of rail transport services’.