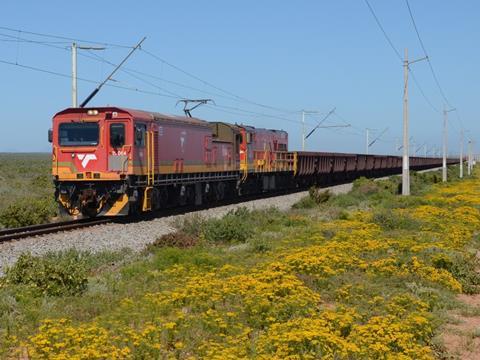 Newly elected as IHHA Chairman for the next two years, Monakali said he was delighted that the conference and accompanying exhibition had attracted a record attendance of more than 900 people from 39 countries. Co-hosted by Transnet and the South African Heavy Haul Association, it was only the second to be held in Africa after a previous event in 1997.

Picking up on the conference theme of ‘Advancing Heavy Haul Technology & Operations in a Changing World’, Monakali set out five core objectives for the three days of presentations and discussions:

The need for more infrastructure investment to facilitate inter-African trade and economic development was picked up by Transnet CEO Siyabonga Gama in his message to the opening plenary. Encouraging more young people to get involved with heavy haul, he emphasised the importance of carrying forward the accumulated experience ‘to make the world a better place’.

In her keynote address, World Economic Forum Board Member Dr Cheryl Martin reflected on the ‘fourth industrial revolution’ being driven by data connectivity, advanced computing, artificial intelligence and machine learning. Noting that almost all established industry sectors were facing the prospect of disruption to their established business models, she suggested that the question was ‘not will I be disrupted, but when?’

Distributed manufacturing and online retailing were already changing what moves, as well as where, and she also underlined the need to improve cross-border connectivity. Environmental concerns were influencing the choice of packaging and reducing demand for raw materials, she said, but railways should be well placed to capitalise on a growing awareness of external impacts such as climate change. ‘It is time to think about new business models’, she concluded, adding that this required an understanding of how emerging technologies could be harnessed.