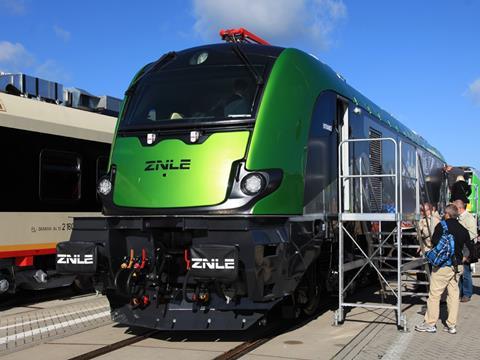 Designated E4DCU-DP, the four-axle locomotives will be a 3 kV DC variant of the Griffin family, rated at 5·6 MW. They will also be equipped with a 350 kW ‘last mile’ diesel powerpack, designated by Newag as a ‘Dual Power module.

Due for delivery in 2017, the locos will be maintained by the manufacturer. The order is being financed by ING Lease; the initial leasing term runs for seven years, with provision for further extension.

According to Lotos Kolej President Henryk Gruca, the company tested a Griffin E4MSU in revenue service for several months before placing the order. He said the new locos would enable the operator to ‘provide rail services more effectively for the benefit of our current and future customers’.