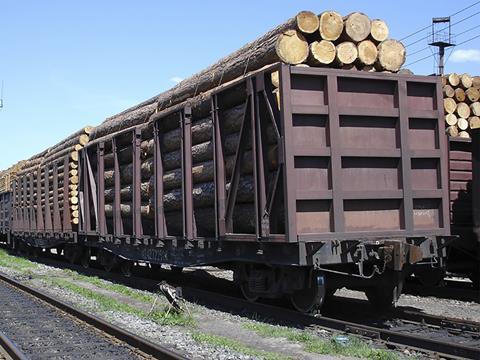 RUSSIA: Finnish freight company Nurminen Logistics plc announced on October 30 that it had sold its Russian wagon fleet of around 350 vehicles to TransLes. Part of the Rustranscom Group of freight companies, TransLes is one of the largest wagon operators in Russian forestry sector with a fleet of more than 10 000 flat cars.

Nurminen Logistics said the transaction would have a ‘positive impact on cash flow’ of €7m, and would not have a significant impact on its 2018 EBIT.

‘The deal gives us an excellent opportunity to further grow and develop our business in Finland and in the Baltic region’, said Chairman Olli Pohjanvirta. He emphasised that Nurminen Logistics was not withdrawing from the Russian market, where it would now operate with leased vehicles to provide import and export services under an asset light model.

Nurminen Logistics had announced on October 2 that it was considering selling its Russian wagons. It said the country’s wagon market was strongly centred around the five largest companies, and the sale of its fleet at time when limited supply and strong demand mean wagon prices are high would free up capital to enable it to focus on operations and freight forwarding, while also reducing risks related to the changing value of the Russian rouble.