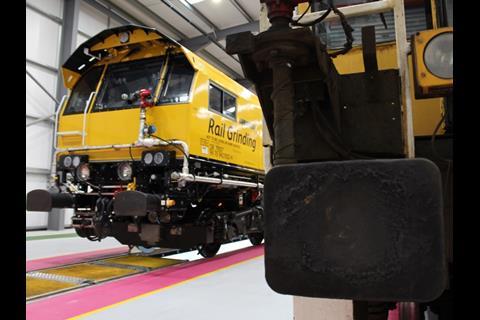 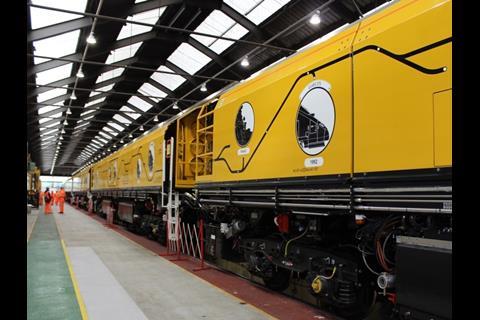 UK: Network Rail has taken delivery of three rail grinding trains supplied by Loram at a cost of £36m. Delivering 35% more output than the older machines they are replacing, the new grinders are expected to cost £1 000 less per shift to operate and will offer improved crew welfare facilities.

Two of the new machines have already entered service. Following the completion of dynamic testing, the third and largest unit is due to be deployed during maintenance work over the Christmas holiday period.

Developed with Loram by Network Rail and its operating contractor Colas Rail, the 150 m long grinders are modular in conception, enabling a shorter formation to be used for more targeted work as well as facilitating maintenance. Network Rail says that productivity will be increased by their higher operating speed of 24 km/h, while the grinders will be able to travel between assignments at up to 112 km/h.

‘The old machines were becoming unreliable and inefficient, so the investment in the new grinding trains was absolutely essential’, said Susan Cooklin, Managing Director of Network Rail’s Route Services business which undertakes central functions for the company’s devolved operating routes. ‘I would like to thank both Loram and Colas Rail for the significant part they have played in helping us develop the new grinding trains.’