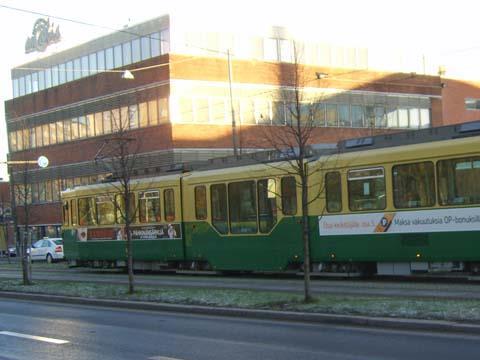 The routes have three additional stops at the Kamppi metro station on Fredrikinkatu, Simonkatu and Mikonkatu. Work began in late 2006 and final electrical installation was completed in March. Planning and construction was undertaken internally by HKL at a total cost of €9·3m.