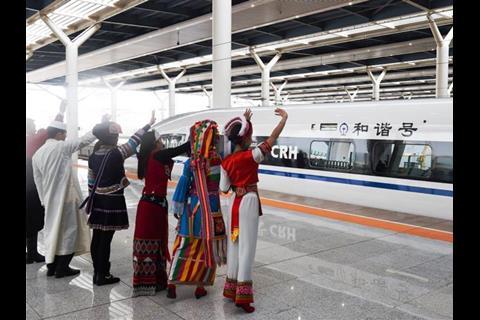 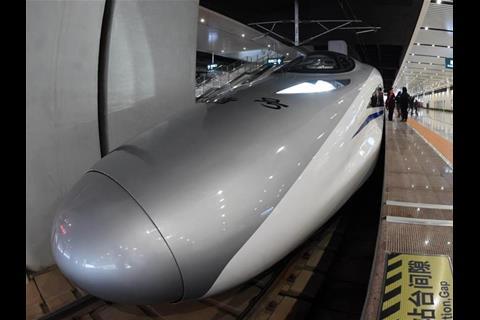 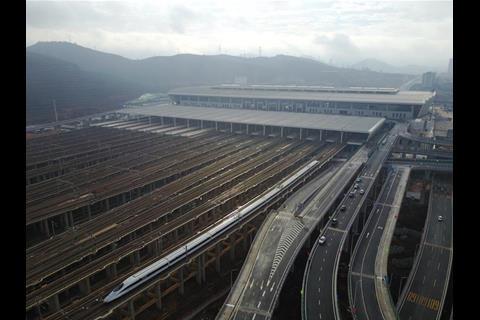 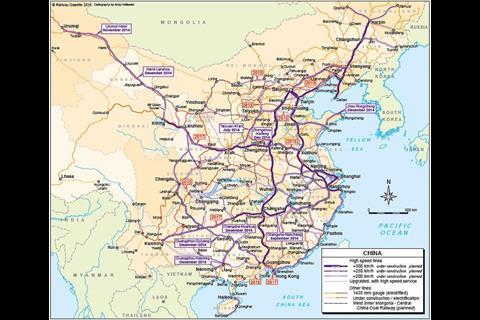 CHINA: Ceremonies were held at the new Kunming Nan station on December 28 to mark the opening for revenue service of the Guiyang – Kunming Passenger-Dedicated Line. The link is the final stage in the 2 252 km Shanghai – Kunming corridor, one of the four east-west and four north-south high speed lines developed under the 2011-15 master plan.

With the eastern part under construction since 2006, and the western section authorised in 2010, the Shanghai – Kunming corridor is now the country’s longest east-west high speed line. It connects the developed east coast to the southwest, traversing the provinces of Zhejiang, Jiangxi, Hunan, Guizhou and Yunnan.

The route has opened in several phases. Trains began running over the 150 km between Shanghai Hongqiao and Hangzhou Dong in 2009. The Nanchang – Changsha Nan section opened for revenue service in September 2014, being followed at the end of that year by Hangzhou Dong – Nanchang and Changsha Nan –Xinhuang Xi. The Xinhuang Xi – Guiyang Bei leg was inaugurated in June 2015. Intermediate stations on the final stage have been provided at Pingba Nan, Anshun Xi, Guanling, Puan and Panxian in Guizhou province and at Fuyuan Bei, Qujing Bei, and Songming in Yunnan.

The line has been designed for 350 km/h operation, with trains initially running at up to 330 km/h according to China Railway Corp. The fastest journey time between Shanghai and Kunming has been cut from 34 h to 11 h.

As well as four daily trains in each direction between Shanghai and Kunming, two through trains each way per day are due to be introduced between Kunming Nan and Shenzhen Bei via Guiyang and Guangzhou with effect from the January 5 timetable change. These will cut the end-to-end journey time on this route by 22 h to around 7 h.

China already has more than 20 000 km of 350 km/h and 250 km/h lines in operation. The current master plan to develop eight north-south and eight east-west corridors is expected to see this figure increase to 45 000 km by 2030, lifting the total national network to more than 150 000 route-km.

To connect with the new high speed hub, located in the Chenggong district around 20 km south of the city centre, a 5·4 km branch of Kunming metro Line 1 Chunrongjie to Kunming Nan was opened on December 26; this has intermediate stations at Shjixingzhengzhongxin, Yihelu and Bailongtan.