Ideenzug moves from concept to reality 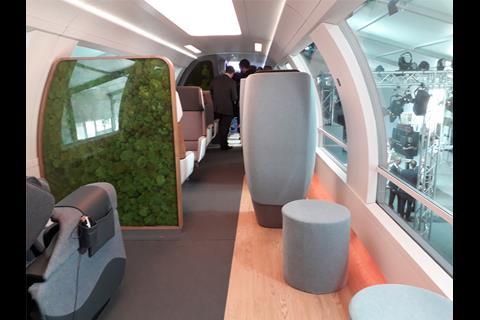 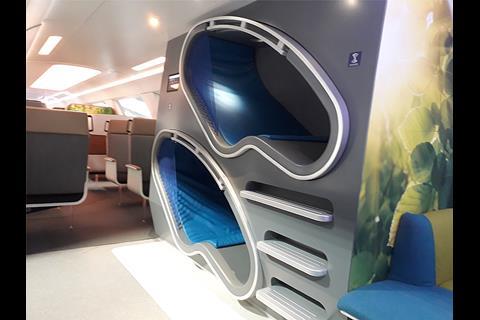 GERMANY: Some of the concepts being developed under the Ideenzug (Ideas Train) project will be implemented on a train running in commercial service by 2020. DB Regio has chosen the Muehlendorf – Muenchen route in Bayern for its pilot scheme under which two or three modules taken from the development platform will be installed in a Regional Express trainset.

The train will be operated by DB subsidiary Suedostbayernbahn. Around €300 000 of funding for the project will be drawn from penalties levied on rail operators by Bayrische Eisenbahn Gesellschaft, the Bavarian public transport authority, for late running, plus a small contribution from DB.

DB has in the meantime signed an agreement with Siemens to collaborate on further development of the Ideenzug. Inking the deal at InnoTrans in Berlin on September 20 was Chairman of the Management Board of DB Regio Dr Joerg Sandvoss, Member of the DB Management Board for Digitalisation & Technology Dr Sabina Jeschke and CEO of Siemens Mobility CEO Sabrina Soussan. Siemens is the first vehicle manufacturer to partner with DB for the Ideenzug project.

Siemens has partnered with other companies for various Ideenzug prototypes. It is working with Polish company Taps on a smart seat design that includes a touchscreen for passengers to watch films or order food or drink; passengers can customise the seat position and save the settings in the cloud using Siemens Mindsphere. If the passenger changes trains and logs back in the seat will move to the saved position and the film will resume from the point when he or she left the seat on the previous train.

Siemens is also working with Israeli company Silentium on an active noise cancelling system in the ‘power napping’ module. This creates a ‘silence bubble’ round a passenger's head when relaxing in the module.

By enhancing its existing CCTV system Siemens has developed intelligent video surveillance. Apart from monitoring seat occupancy, this can detect aggressive behaviour and alert train staff or other authorities if pre-defined thresholds of behaviour are exceeded.