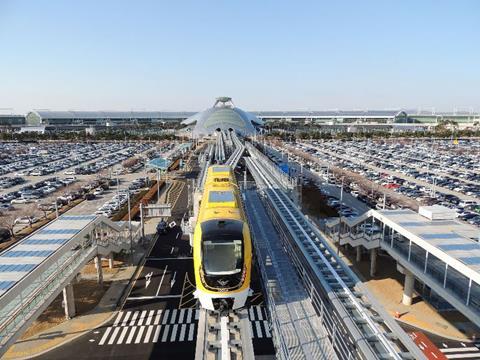 Services on the 6·1 km line between Incheon International Airport and Yongyu with six stations run every 15 min between 09.00 and 18.00, although the operating hours are set to expand in the future.

Hyundai Rotem has supplied four driverless trains, each with capacity for 230 passengers. The vehicles have a maximum speed of 110 km/h, and run at up to 80 km/h during commercial service.

The Ministry of Land, Infrastructure & Transportation launched the Urban Maglev Programme in 2006, with Korea Institute of Machinery & Materials undertaking R&D work. A groundbreaking ceremony was held in August 2010, and a ceremonial demonstration run took place in May 2014.