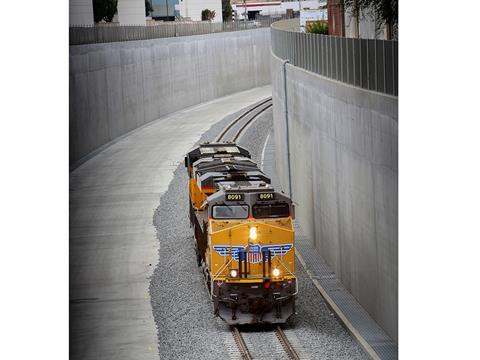 The lowering of the Union Pacific tracks forms part of a wider programme of grade separations and safety upgrades covering 53 crossings in the San Gabriel Valley, where rail traffic is predicted to double to more than 100 trains/day to and from the ports of Los Angeles and Long Beach over the next 10 years.