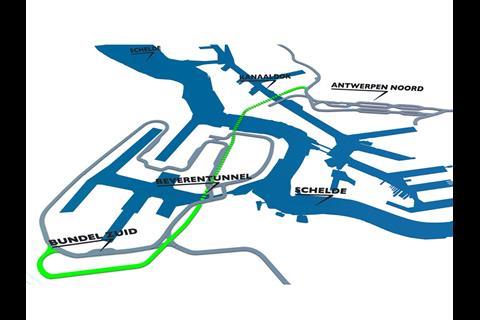 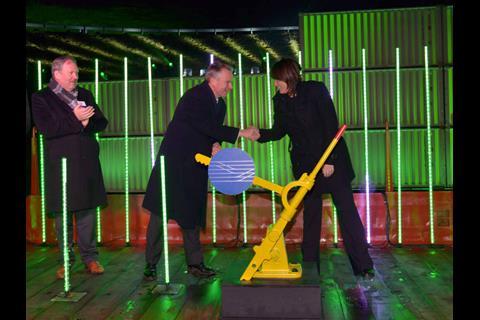 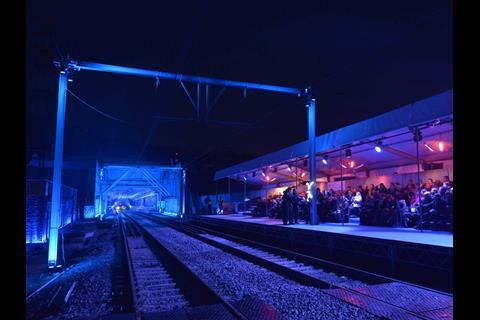 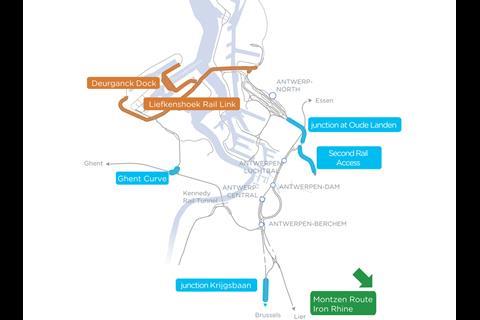 BELGIUM: The 16·2 km Liefkenshoek rail link between the left and right banks of the River Schelde in the north of Antwerpen was officially opened on December 9, ahead of the start of commercial freight services on December 14.

The electrified rail link including a 6 km twin-bore tunnel under the river is designed to increase freight capacity by reducing transfer times by 40 min, eliminating the need for trains to negotiate bottlenecks including the Kennedy tunnel to the south and the Berchem – Schijnpoort line. It provides more direct access to the Deurganck dock which is expected to handle 70% of containers passing through the port, and will support infrastructure manager Infrabel’s aim of increasing rail’s share of container traffic from 8% to 15% by 2030.

The line has been developed through the second Belgian railway public-private partnership project after the Diablo link to Brussels Airport. The design, build, finance and maintain contract was awarded in November 2008 to Locorail, a company formed by BAM PPP Investments Belgium, CFE and Vinci Concessions.

Total investment in the project is €873m, with the PPP contractor funding its €690m share through equity, a €107m contribution from the Flemish regional government and bank loans, half provided by EIB and half by six commercial banks.

Outside the PPP contract, Infrabel has spent €183m on track, signalling including ETCS Level 2 and safety systems for the Liefkenshoek route. Infrabel will pay Locorail an availability fee of around €51m/year for 38 years; Locorail does not carry demand risk.

Construction was undertaken by the THV Locobouw joint venture of MBG, CEI-De Meyer, Vinci Construction Grands Projets and Wayss & Freytag. Herrenknecht TBMs were used to bore the tunnels 40 m below the Schelde, which have a total length of 6 745 m and 6 752 m. Infrabel's consulting arm TUC Rail was responsible for project supervision and co-ordinating the installation of railway systems.

The Antwerpen port authority said that the inauguration of the Liefkenshoek link was not the end of its railway development plans. ‘There are still various projects whose completion is important to keep the port accessible’, it said, and the authority is to seek TEN-T funding from the EU. Short-term projects include signal and turnout automation on the right bank, and upgrading the Oude Landen – Krijgsbaan Line 27A to improve connections with the near hinterland. Reviving the former Iron Rhine route across the Netherlands to provide direct access to Ruhr area of Germany is ‘still at the top of the priority list for the port’.