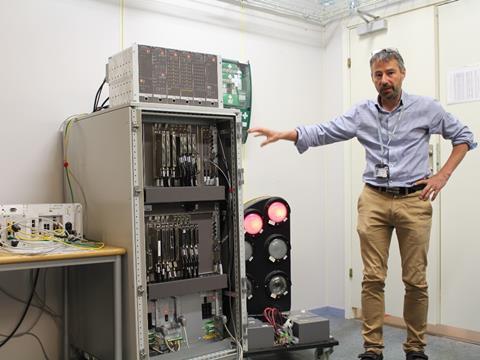 Speaking exclusively to Railway Gazette at the company’s Liljeholmen office in Stockholm on June 11, Bombardier said that the improved EBI Lock 950 R4 will be officially presented at the Nordic Rail trade show in Jönköping in October.

The latest version of EBI Lock 950 is capable of a response time of less than 0·15 sec, which is more than 10 times faster than Bombardier’s previous interlocking. This makes it especially suitable for congested lines running at maximum capacity, according to Bombardier, as the faster response time could mean that five to 10 extra trains can be fitted in on that route per day.