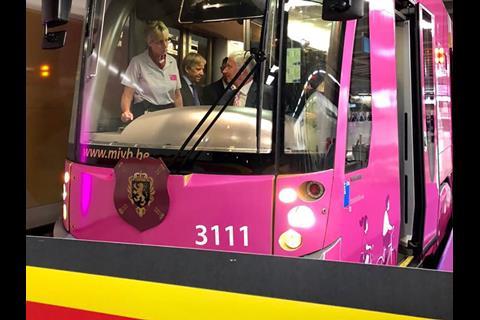 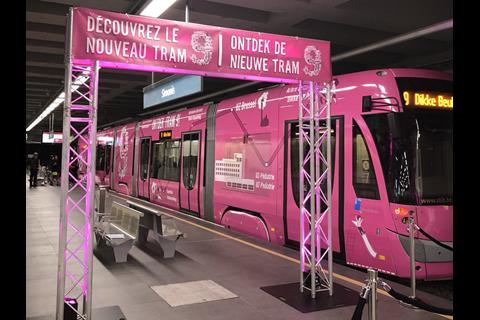 BELGIUM: A new tram route serving the northwest suburbs of Brussels was formally inaugurated by King Philippe on September 1. Having taken a short ride on the line, he participated in ceremonies at Place Reine Astrid, which has been remodelled as part of the project. Revenue services began the following day.

Route 9 runs from Arbre Ballon through the Jette district to the metro interchange at Simonis, serving eight intermediate stops and improving access to the UZ hospital complex. The new route shares tracks with Route 19 as far as the Place du Miroir before diverging to serve Square du Centenaire and Exposition en route to the hospital.

The line has been built at a cost of €76m as part of a €5·2bn capital programme adopted by the Brussels Capital Region. Transport authority STIB expects to start work shortly on the second phase, which will extend the route from Arbre Ballon to connect with routes 3 and 7 at Roi Baudoin, and then to a new Heysel terminus where an additional depot to house 30 trams is to be built by 2025.

The new tram route had been under discussion for several years, to relieve a number of heavily-used bus services. Tracklaying finally began in the autumn of September 2015, using a new trackform designed to minimise noise and vibration. Construction of Route 9 has been accompanied by extensive street remodelling to provide more space for pedestrians and cyclists, as well as the construction of a multi-storey underground car park beneath Place du Miroir.