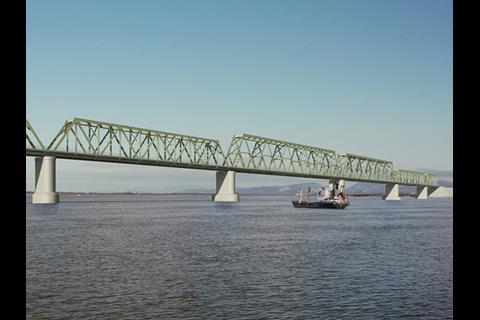 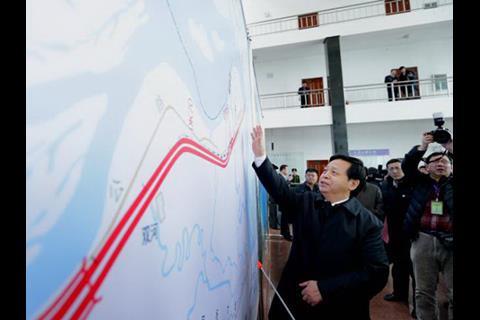 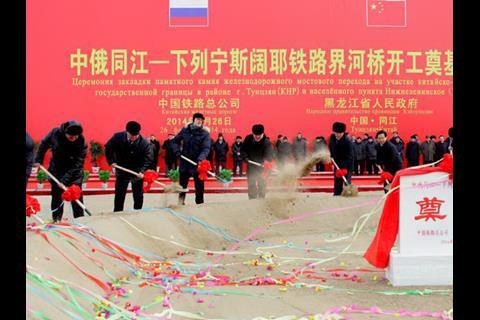 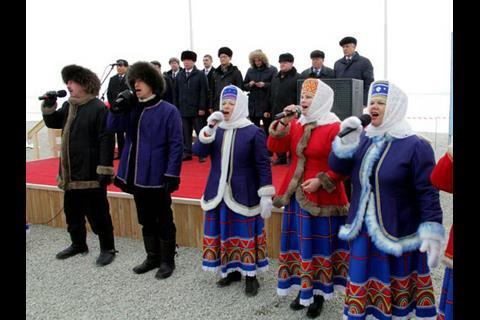 ASIA: A ceremony on February 26 officially launched construction of a 2 209 m railway bridge across the River Amur or Heilong between Nizhneleninskoye in Russia's Jewish Autonomous Oblast and Tongjiang in China's Heilongjiang province. Construction is expected to take 2½ years, for opening in December 2016.

The bridge is intended to provide a much shorter rail route between the regions to support growing traffic between China and Russia, and will have a greater capacity than the existing ships and seasonal pontoon road crossing. Traffic is predicted to start at 5·2 million tonnes/year and grow to 20 million tonnes/year.

The bridge has been designed by Institut Giprostroymost to meet both Russian and Chinese standards. It will carry gauntletted 1 435 mm and 1 520 mm gauge tracks, offset by 800 mm and thus allowing only a single train to cross at once.

The two governments signed an agreement to build the bridge in October 2008.

Heilongjiang province and China Railway Corp will provide US$422m for the Chinese portion of the bridge and associated works, while Russia's Far East & Baikal Region Development Fund is supporting the US$500m cost of works on the Russian side. This will include an upgrade of the branch to Nizhneleninskoye from Birobidzhan on the Trans-Siberian line.