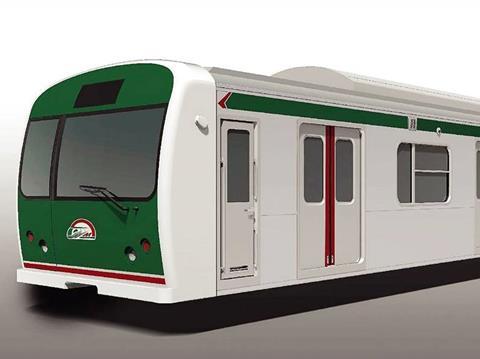 A consortium of Kawasaki Heavy Industries and Mitsubishi Corp was awarded the ¥40bn rolling stock and depot contract last year. Kawasaki is supplying a fleet of 24 six-car trainsets.

Line 6 will run on a 19·9 km north-south elevated alignment from Uttara North to Motijheel, with 16 stations. Construction is 75% financed by a loan from Japan International Co-operation Agency. Trial operation is planned to start by the end of 2019, with the full service following by the end of 2020.