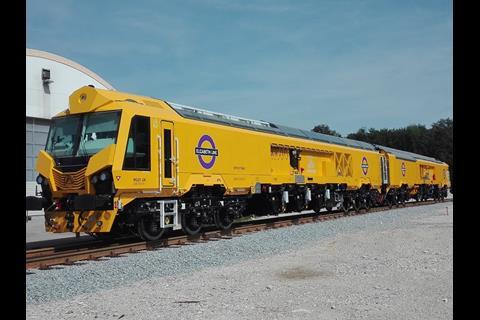 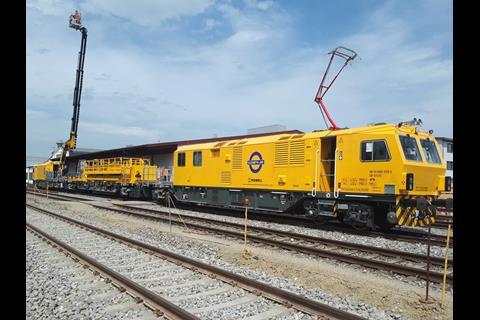 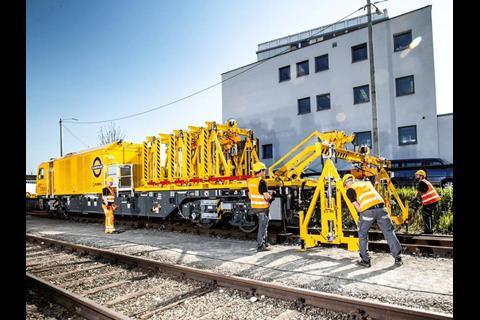 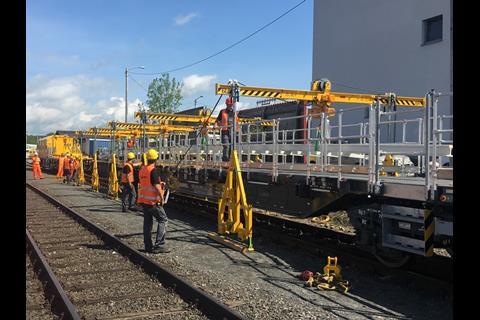 UK: Three maintenance trains for the Elizabeth Line are being tested ahead of delivery to London later this year.

Linsinger is testing an MG31 UK rail milling train between Salzburg and Linz. The 48 m long vehicle assembled at Linsinger’s Steyrermühl factory in Austria will be transported by road and ship ahead of the opening of the central section of the Elizabeth Line in December.

According to Transport for London, this is the first train of its kind to be used in the UK. It scans the rails using electromagnetic crack detection, and any metal collected during milling is to be recycled as high quality scrap metal. The train has two drivers’ cabs and space for up to four members of staff, as well as a welfare facility.

Plasser UK is supplying two multi-purpose engineering trains, manufactured by Robel at Freilassing in Germany. These are being tested between Salzburg and Wien and will be transported to London through the Channel Tunnel.

The trains can be configured in lengths of 40 to 80 m and have a set of modular attachments, including cranes, a scissor lift, and water tank and jet. Their gantry system enables the replacement of a 5 tonne 35 m switch rail within overnight engineering hours.

All three maintenance trains are fitted with CBTC signalling equipment so that they can operate alongside passenger trains. This enables them to be deployed for emergency repairs.

Operation and maintenance will be carried out by GB Railfreight under a five-year contract awarded by TfL.