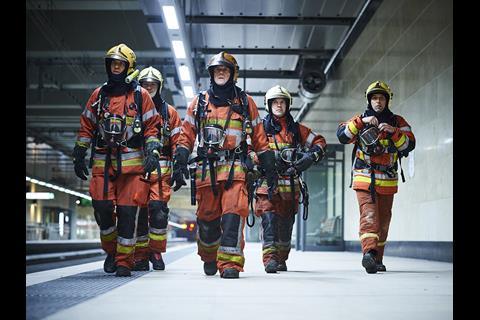 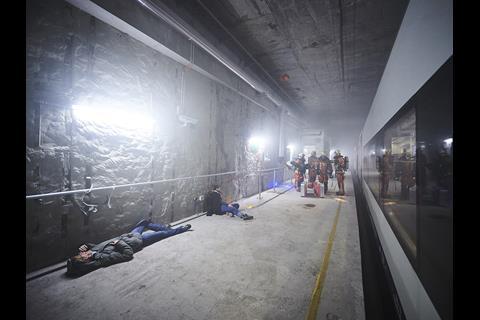 BELGIUM: An exercise to test safety equipment and emergency planning was held during the early hours of February 26 in the tunnel connecting Schuman and Josaphat stations in Brussels, involving the police and emergency services as well as infrastructure manager Infrabel and train operator SNCB.

The exercise simulated the evacuation of a train making an emergency stop in the tunnel after a smoke alarm had been activated. The first emergency personnel arrived in the tunnel some 12 min later at 01.55, with 40 passengers treated on the spot for injuries or evacuated via the tunnel’s emergency escape routes.

Involving 150 participants and lasting for 2 h, the exercise including establishing an operational command post, throwing a security cordon around the site and setting up a forward medical treatment station. With safety procedures as well as equipment including fire alarms and smoke extractors successfully tested, Infrabel expects the 1 250 m tunnel to enter service on April 4.